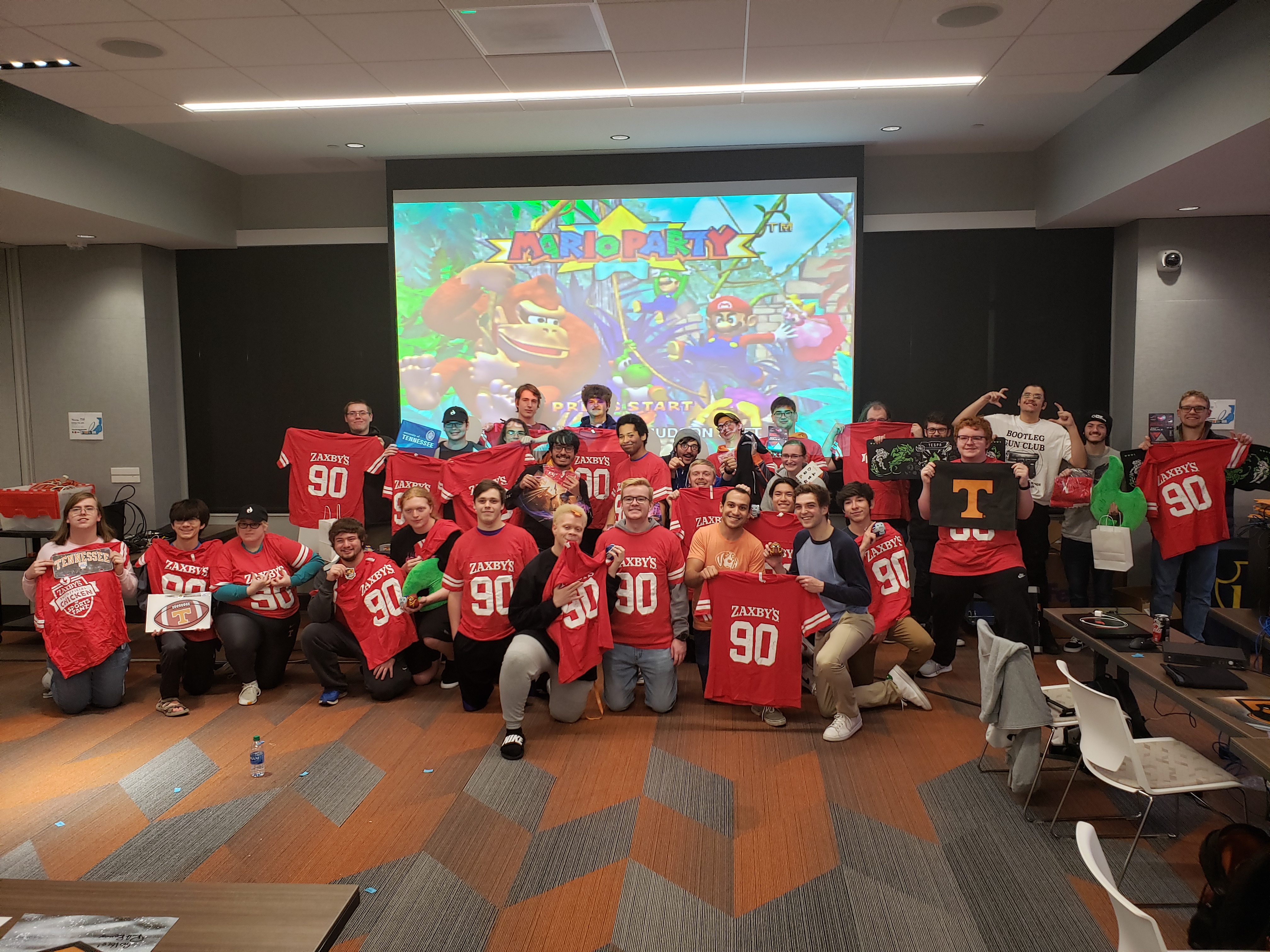 The season of giving is quickly approaching, and there's no better place to donate to than your local children's hospital. UTK Esports Club advisor Jason Smethers had the same idea when planning the University of Tennessee, Knoxville’s second annual Extra Life charity event. From 11am to 10pm on Sunday, November 24th, there were nonstop tournaments, giveaways, virtual reality experiences, and tabletop games for anyone to enjoy. One of CSL's sponsors, Zaxby’s, provided gift cards, t-shirts, and other amazing prizes for attendees and tournament winners, and all proceeds from the event went to the East Tennessee Children's Hospital.

Extra Life is a fundraising event that allows people to fund local children in need of critical treatment or pediatric medical equipment through various events. Past Extra Life hosts include Rooster Teeth, creators of Red vs. Blue and RWBY, and Wizards of the Coast, creators of Magic: The Gathering and Dungeons & Dragons.

To learn more about this year’s event, I talked with Smethers about how things went and what’s being planned for future Extra Life events at UTK.

The interview below has been edited for brevity and clarity. 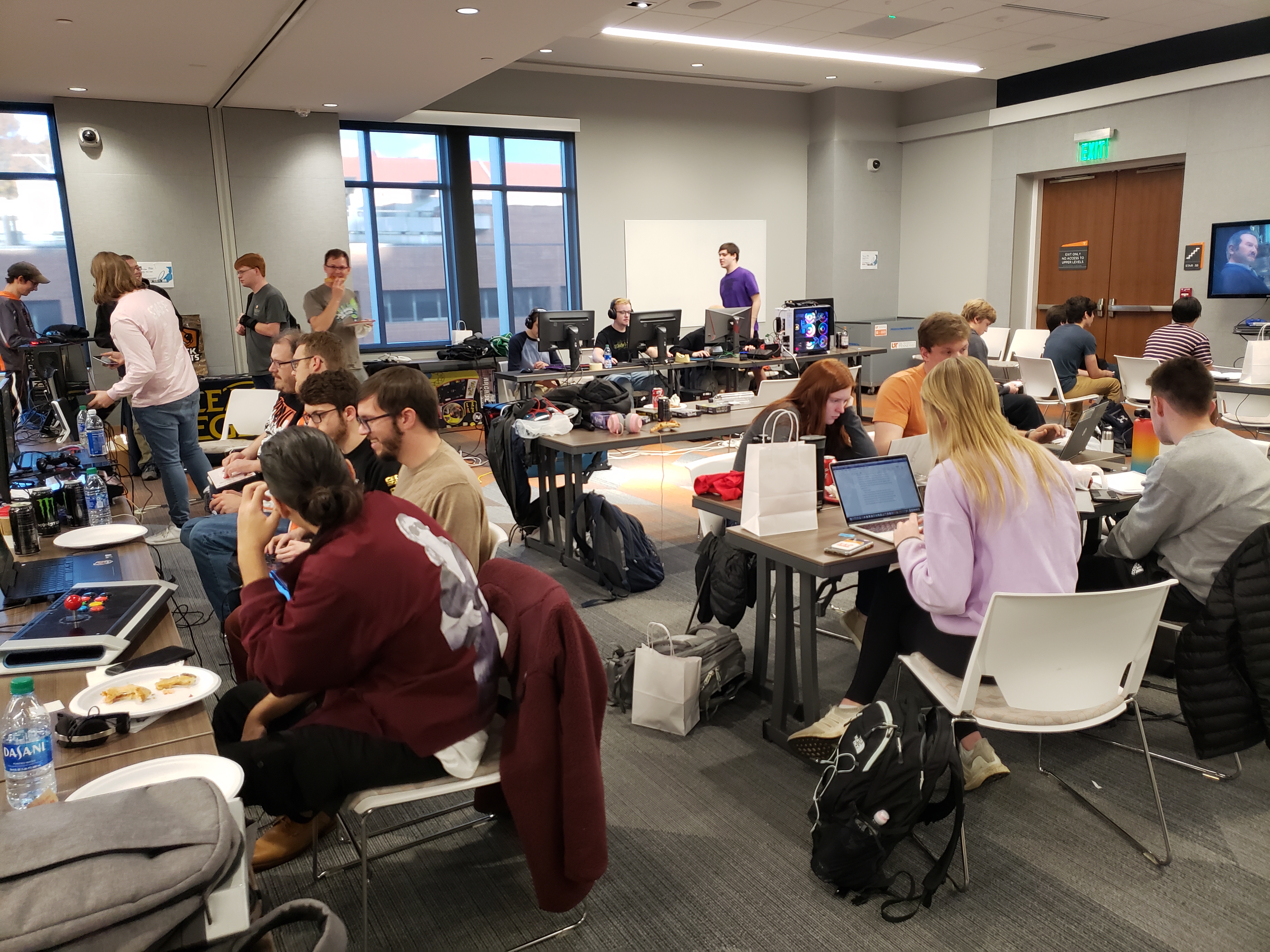 What initially made UTK Esports get involved with Extra Life?

We really started toying with the idea about two years ago. We’ve hosted, and currently host, various community-driven events and game nights, but we wanted to start getting into the realm of larger LAN-styled events. I thought it’d be nice if we also added a philanthropic element to one of our events since our university is literally up the street from [the East Tennessee Children’s Hospital]. Plus, I had personally done Extra Life events in the past, so everything lined up perfectly.

How did this event compare to the first Extra Life event UTK Esports hosted?

Compared to the first event, the turnout was great! We had about 80-90 people come, as opposed to around 30 last year. Last year was our first time doing this, so [that event] was mostly just us testing things out and seeing if we [were capable of] something like this. We were actually more low-key in how we handled it this year. The event went from hosting large tournaments where the entry fee went to the charity and you win prizes, to “Hey, let’s just get together and play some games as a community.”

So we had things like an all items [Smash Brothers] tournament and a mystery games tournament where each match was on a random old-school game. Our fighting game community had a ‘“last man standing” challenge where if you lost and wanted to keep playing, you could put a quarter in the jar and keep going like you were at the arcade.

This year was definitely more focused on the community and getting more people engaged in Extra Life as a program, which was a huge success!

How did CSL and Zaxby’s help out during the event?

We normally partner with CSL during VOLAN, which is a massive event we host on campus every year at the end of March. However, when I approached CSL this year, they asked about the Extra Life event and told me that Zaxby’s wanted to be involved as well, which was awesome since now we could give more to the kids.

Zaxby’s [gave everyone] free merch and a $5 gift card. They also tasked us with creating a challenge to give away a $250 gift card and I thought, “What’s a fair way to give away $250 of Zaxby’s that isn’t just a raffle?” Since we were also able to get our hands on a Pac-Man arcade cabinet, we decided that the winner would be whoever could get the highest score in one try before the day ended.  The challenge ended up being great and everyone had a lot of fun with it. We are really grateful to Zaxby’s for providing us with that prizing.

The event had other sponsors as well: Tespa provided us with prizes from Blizzard, a local board game company called Bézier Games provided us with some free board games to give away, and our local bookstore gave us a bunch of stuff as well. We definitely want to thank everyone who helped out! 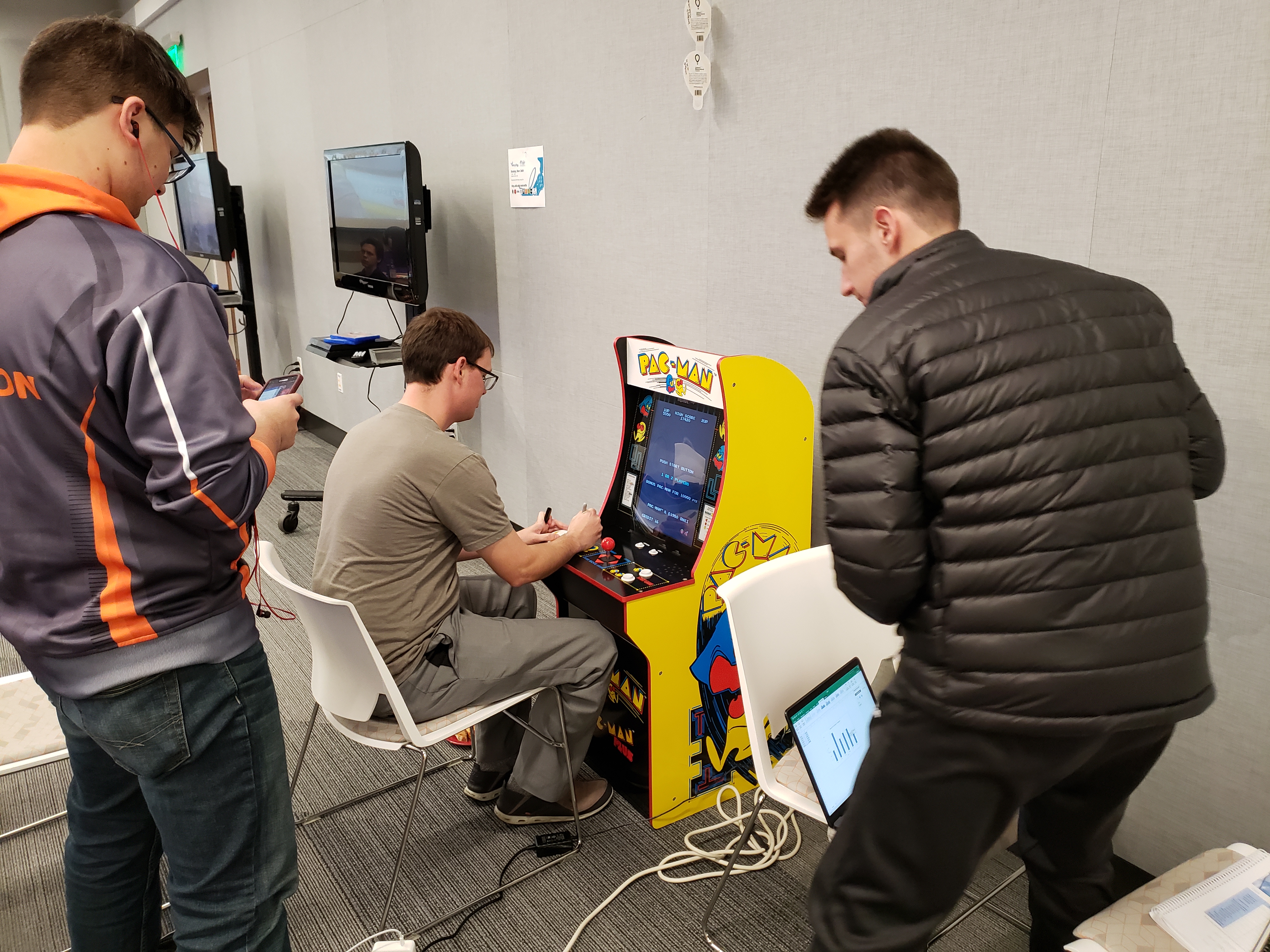 What was your favorite part of this year’s event?

The biggest highlight for me was seeing people who had played online together the entire semester come and actually do it in person and [foster] that comradery. It was also great to hear people who said they were only going to stop by for 10-15 minutes, but instead stayed for a couple of hours because they were having fun.

I really loved the mystery games tournament, too. A student of ours named Naoto, who’s fantastic, has like 8 retro consoles and 100+ games for them. He planned everything in advance and brought out like 30 random games; even I didn’t know what was going to be played. It was incredible! You’re about to play this random game, he doesn’t tell you anything about it or how to control it, he just presses start and you have to figure it out. It was a ton of fun.

Do you have any specific plans for Extra Life next year?

Next year, we definitely want to bring back the celebrity challenge, which we couldn’t do this time around because of some scheduling differences. We’d also love to do more streaming of the event. We did a little bit this year, but we’re always trying to enhance our broadcasting by, for example, letting people tune into specific games going on throughout the day, things like that. That’s something we want to try next year.

One of the things we’d like to incorporate in the future would be for students taking part in Extra Life to be able to volunteer and play games with the kids at [the East Tennessee Children’s Hospital]. We’ve been working with them on developing those steps so students can not only participate in Extra Life, but also volunteer and support the families at the hospital, too. That’s definitely a goal of ours in the future.

In the spring we also host our premiere event, VOLAN. It’s a two-day, collegiate-focused esports tournament featuring about 8 games which we’ll announce on our Twitter sometime soon! I would also really like to thank CSL and Zaxby’s for being incredible and helping us out with the event!