I have returned from the Grand Finals in Atlantic City and emptied the sand from my shoes just like the craps table emptied the cash from my wallet. The most exciting season of collegiate Dota has ended, unlike the domination of the two-time Grand Champions, the Rochester Institute of Technology! 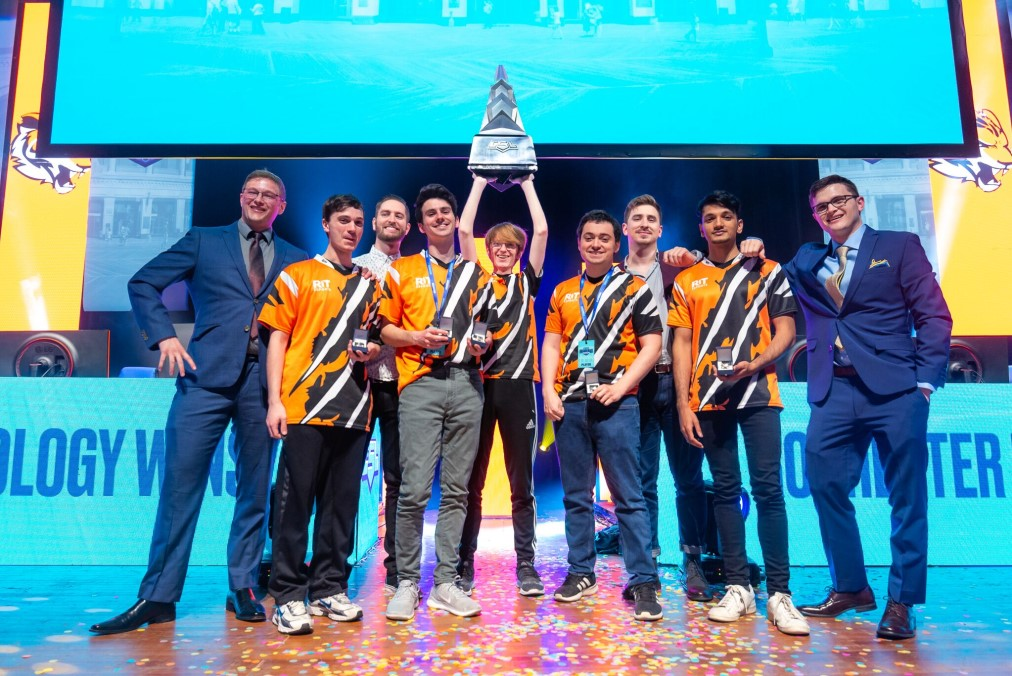 The first day of Dota placed the underdogs against the returning champions: University of Illinois at Chicago versus RIT. Naming UIC the underdog team was called into question when they knocked State University of New York - Stony Brook to the Lower Bracket in the playoffs to continue their undefeated streak to LAN. UIC’s ownage settled the underdog ordeal, sending RIT to the lower bracket with a 2-0 victory. UIC brings their big plays to the big stage

The most anticipated rematch of the year, RIT and SBU clashed at the start of the second day. In the Fall, RIT beat SBU 2-1, in the Spring SBU took the Winter Invitational 2-0 against RIT, and on LAN, RIT used SBU as a warm-up for their second appearance in the Grand Finals in two years. Shoe’s shades block out the haters

UIC struggled in the Fall, failing to qualify for the Winter Invitational. In the Spring, UIC earned their spot in the playoffs with a flawless record. Their streak continued throughout the playoffs and to the grand finals on LAN. UIC’s run is one of the most impressive in CSL history…

Prior to their defeat in the Winter Invitational, RIT had not lost a series in over a year.  After their 3-0 run against UIC in the grand finals, RIT has a two-year streak of winning every single game in the grand finals and the players on RIT have as many championship rings as teams whose dream’s they have destroyed this year on LAN. RIT has ended their second championship season and continued the most dominant run in CSL Dota history.

RIT is once again the grand champion school and will be returning with mostly the same roster next year.

The CSL will be back next year, following returning champions and new collegiate combatants. Keep up to date with us on Twitter and enjoy the calm summer before the storm returns next season!