Casting and Community: An Interview with Ricky "rkryptic" Peterson

Peterson’s voice may be more recognizable than his face, but any interaction with either will get you hooked on both him and Dota. As a former player and current caster, he is an integral part of the success of collegiate Dota. Accompanying every iconic moment in collegiate Dota 2 for the last two seasons, he has left his mark on the community he worked hard to build. Between his weekly official casts and near-daily unofficial casts, Peterson took a break from connecting CSL players to allow us to recognize and reflect on his experience with the league.

Before gracing Dota matches with his commentary, he graced them with his carnage. Peterson competed in the 2016 CSL season with California Polytechnic State University. An undefeated record earned Peterson the opportunity to play at the Grand Finals event. Cal Poly’s elimination in the semi-finals denied the team’s championship run, but Peterson’s time competing with his team throughout the season was undeniably a life-changing experience. 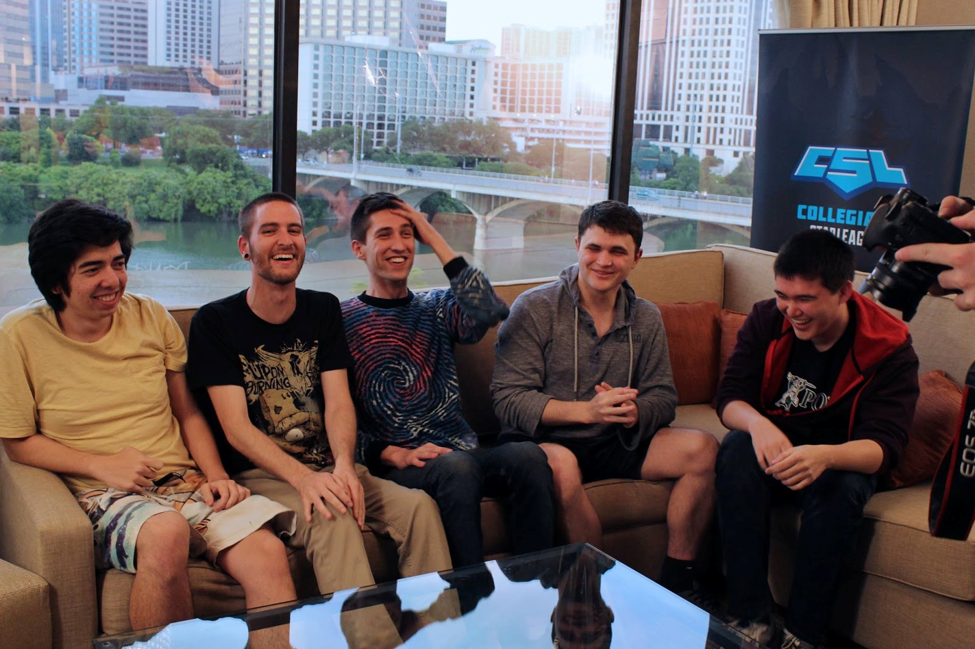 Cal Poly after successfully making it to the LAN event

Peterson fondly recalls his time as a competitor as “a lot of fun.” He and his team grew together throughout their flawless season and “achieved [their] goal of getting to LAN.”

Competing in CSL was an “outlet for competition” that he had “been craving,” and it helped him outside the game as well as in it. Peterson developed his skills “as a player and as a person” and continues to “use those skills today.” Like many competitors, Peterson was - and still is - “passionate about [Dota] and CSL.” Peterson built relationships with other competitors, regardless of which side of the river their Ancient was on, and teamed up with “awesome people that [he is] still friends with today.” After making friends in-game and at LAN, Peterson remained excited about collegiate esports and “reached out to the people [he had] had met at the final” to join the CSL staff. Peterson became a community manager in 2017 before expanding to cast Dota the next season. His esports career is fueled by his passion for community, and he continues to motivate himself with the CSL community he has helped foster:

“The relationships I have built through CSL are the reason I keep coming back. From day one, this has been what CSL was all about for me: meeting incredible people with similar interests and goals. I’ve built lifelong friendships with people through CSL, and they only get stronger each year. “

Peterson’s persistent push to unite passionate players has created many memorable moments. He talked about a few memories that reflect why CSL is special to him from both a player’s perspective and from commentating on the carnage of our community:

“The original trip to the LAN finals with my team is something I will never forget. It was so much fun, and I’m so thankful to have been able to do that. Casting at the CSL Grand Finals was a blast. It was the culmination of an entire year’s worth of effort from these teams. The best part was casting with my main man Carlo, who is probably one of the most talented and funny individuals I’ve ever had the pleasure to work with.” (Likewise, Ricky!) “Last year’s grand finals were another entirely new experience for me that I never thought was possible. At the end of the day, I also learned from the experience. Getting firsthand knowledge of the full-scale production was amazing. I’m super grateful for the time I got to spend talking with other talent and getting advice from them.” 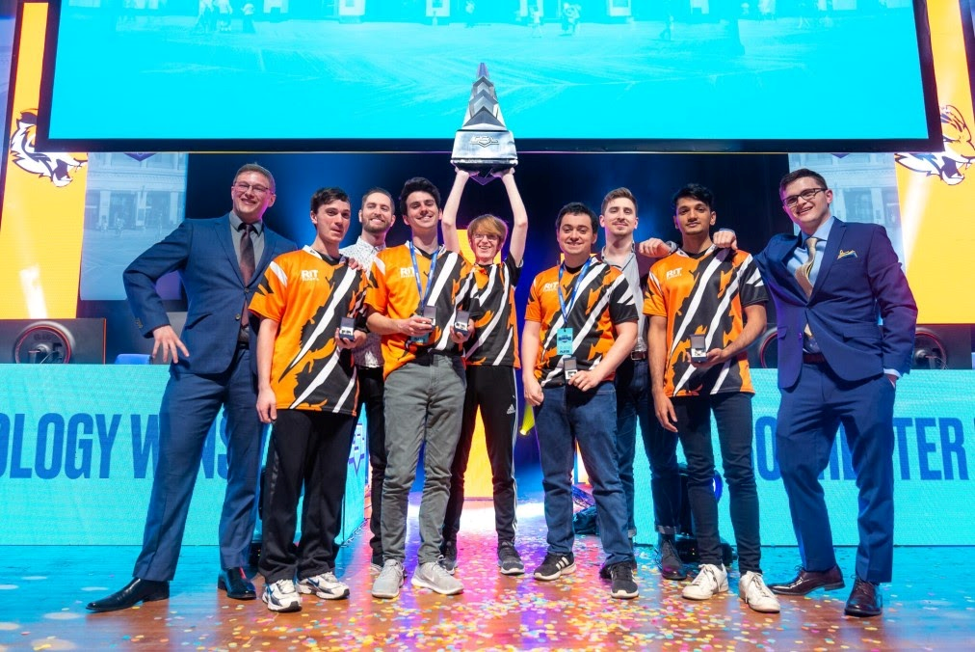 Fond of the past and excited for the future, Peterson looks forward to an “intense” playoff season:

“What I have noticed though is [that] there are a lot more high-caliber teams this year than previously, [which means] that this playoff season is going to be incredible. I’ve enjoyed watching and casting all the games this season and I think it may be our best one yet!”

Experienced as a playoff competitor and caster, Peterson acknowledges the unpredictability of season. He wants this season to have “something either entirely new or a bloodbath rematch.”

“I’ve been following so many teams for years and it’s hard for me to be biassed towards one of them [winning the championship]. I think naturally I’d like to see the three-time champions RIT set a CSL record by winning again. But at the same time, I’d also like to see some unknown teams surprise me, like UIC did last year, and make a run to the finals.”

Peterson’s dedication to CSL extends beyond his weekly casts on the official CSL Twitch channel. He can often be found live on his own Twitch channel covering CSL chaos and keeping the community connected. The CSL Dota 2 community is tight-knit because of Peterson’s efforts as a community manager, caster, and passionate player. I am thankful to have been able to work with him, and I appreciate his unwavering support for the league I call home. Peterson is thankful for us too:

“A big thank-you to Collegiate Starleague and everyone who works there. They believed in me to be part of such an incredible brand and organization, and I can never thank them enough for it. Also, a shout-out to all the players! I love casting their games and pubbing with them in my downtime. Last but not least, I bow to the god caster himself, Carlo, for being such a beast and the best co-caster I could have asked for. I love this community, and I hope to be part of it for many more years! <3”

Thank you, rkryptic! We love you too!