As we are getting ready to see a new season of Fortnite drop in, let us reflect on what we have seen from Season 10.

Pros and Cons of Current Meta

First things first, let’s take a look at what Fortnite did right in this past season. With the Batman update, players were able to access a new item, the grappling hook. Although quite rare to find, if a player was able to come across it, they were able to drop in on unsuspecting opponents for some incredible kills. The grappling hook also made it a breeze to pop between towers and winch your way up.

Another update that many players found helpful was the improved sensitivity. We’ve heard for quite a while now that console players believe controllers are better for aiming, but keyboard and mouse users have an advantage when it comes to building and camera view. After the update, it seemed to bring everything to a much more even scale, especially with a revamped aim assist. Many a player fell victim to someone mashing on the left trigger to re-engage while using aim assist, but the new update uses an opponent’s distance to determine the assistance engagement.

The map itself was also a major talking point for many players this season as it did have some updates to it as well. The overall review was a positive one as players enjoyed the smaller changes without having a full-blown map switch up, an idea that is being talked about for Season 11. 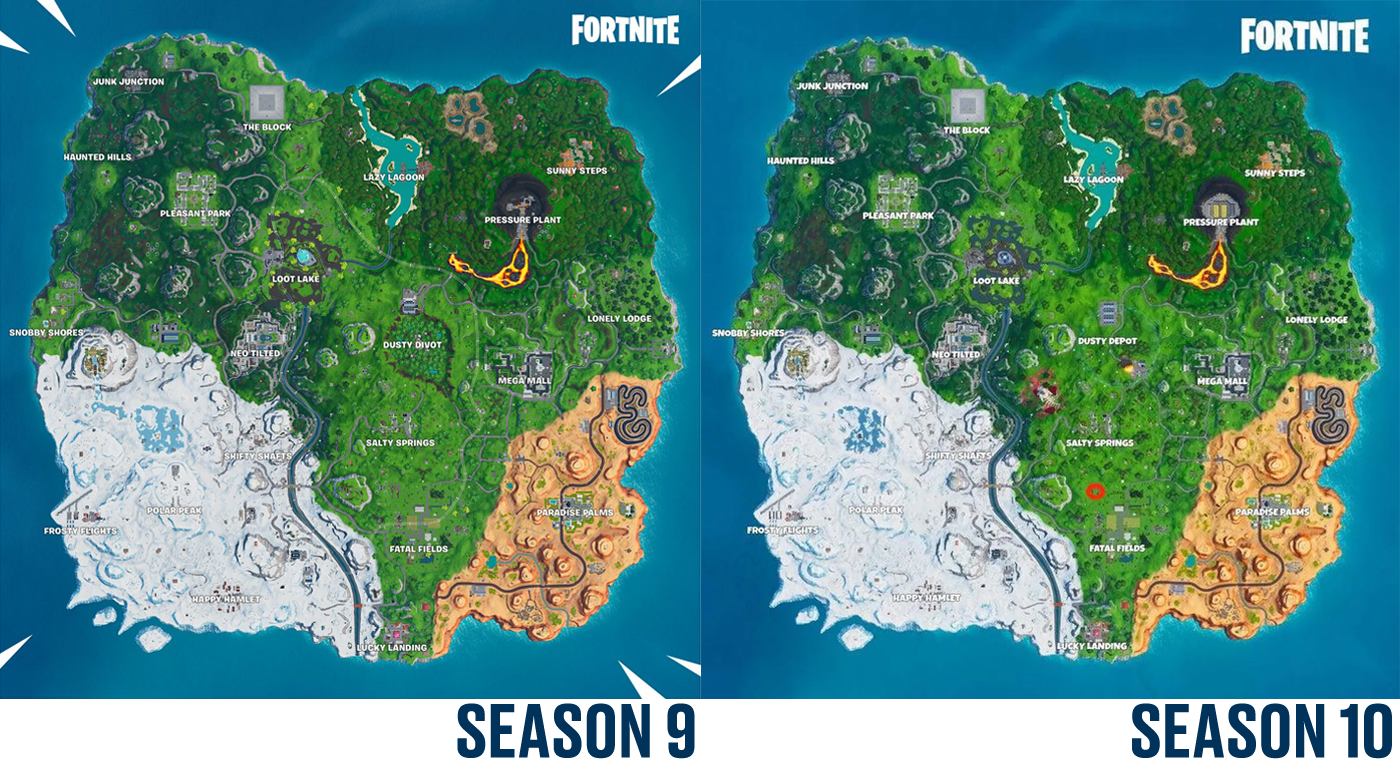 Now that we covered the positives, we can cover the things that could be done away with. Mechs have never been done well in Fortnite. When they were first introduced, they were simply overpowered super suits that took the fun out of the game. However, since being nerfed, they are now simple and useless items that serve very little purpose. Since Mechs were introduced, their best development has been their summoning that causes them to instantly explode.

Another problem the game sees is that the hotfix removal of both the Combat Shotgun and the Drum Shotgun left players with only the Pump and Tactical Shotgun. It never sat well with quite a few players, as the Combat Shotgun was an extremely popular weapon before it was taken out of the game. However, the argument could be made that weapons are now much more balanced in the game.

All-in-all Season 10 was extremely engaging and left many players with an extremely positive vibe moving forward into Season 11.

Many players would like to see a limited time mode (LTM) from the original Fortnite make its way back in some capacity. This added some very unique twists to the default Battle Royale mode. There will also hopefully be more work done on the skill-based matchmaking when it comes to building out lobbies. Epic claims that in the 10.40 patch this issue of higher skill players being mixed in with lower skill was fixed. However, many found that they still ran into similar issues of being in games well over their heads. Lastly, there is a lot of buzz about adding Arena Squads in the upcoming season which was fueled by data miners leaking Epic mining gamertags for that exact purpose. It’s available for Solo and Duo modes and has been one of the most asked for modes since Arena was first added to the game.

With all the excitement and buzz with the new season of Fortnite, we here at CSL are gearing up for our new season of collegiate Fortnite action. We also wanted to welcome back a few undefeated juggernauts from last year’s field! 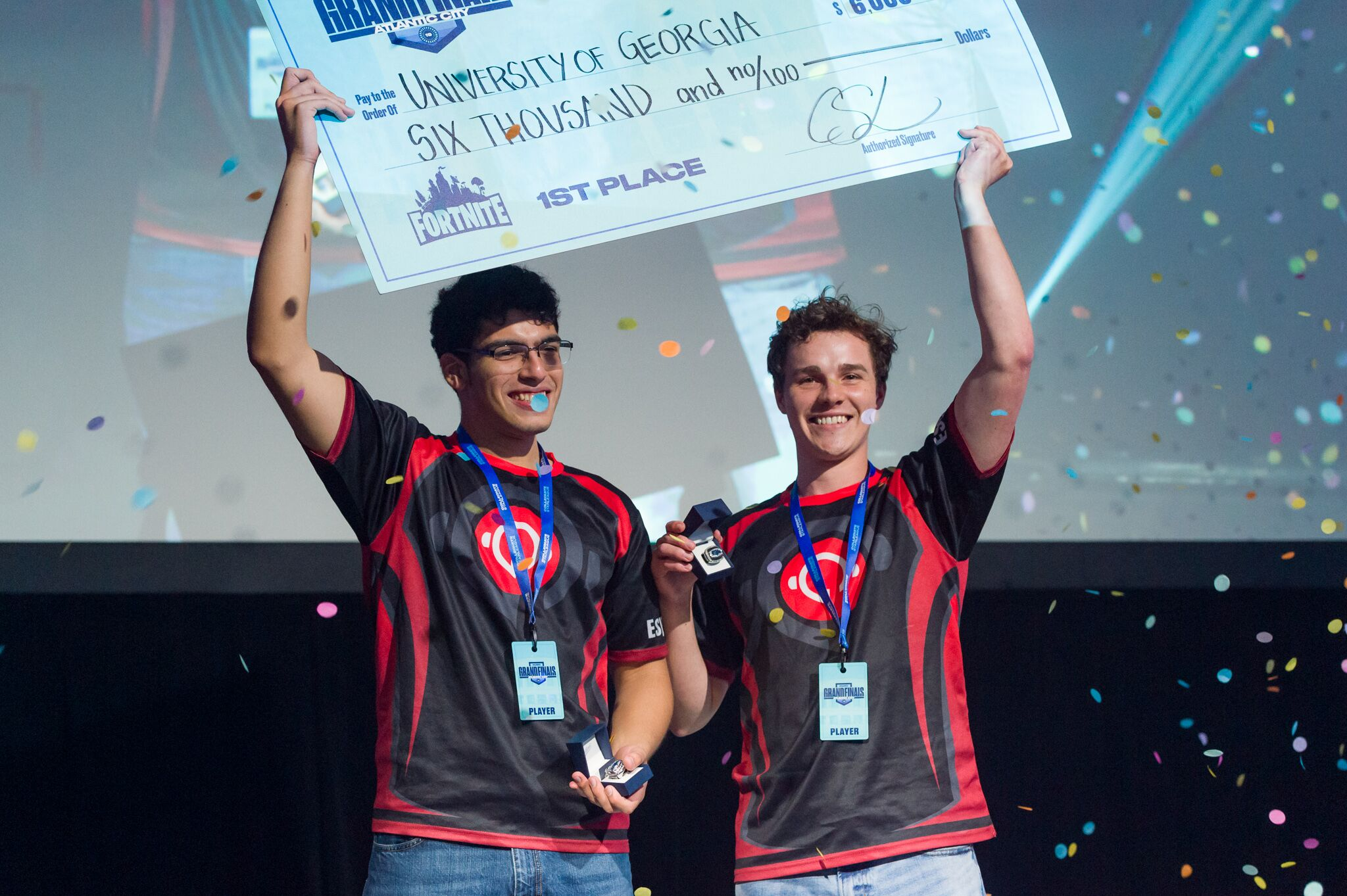 The Fortnite duo from University of Georgia after winning CSL Grand Finals 2019. Photo by Kelvin Si

Registration for the new CSL Fortnite season is open! Grab your Duos partner and get ready for an exciting battle royale competition.

This fall we will have 10 conferences, each with up to 50 teams as CSL will be capping registration at 500 teams. Each week there will be ONE BR match, scored with the same point system that was used in the World Cup this past summer. After five weeks of play, the top five teams in each conference will advance to the playoff round. In the playoff round, there will be four BR matches played, again using the World Cup scoring system, and each player will be responsible for uploading a screenshot for final placement and kills. The top 32 duo teams will be receiving a piece of the $25,000 prize!

Registration closes October 22nd or when 500 teams have signed up, so sign up today! You can find more details on CSL Fortnite for fall 2019 HERE.