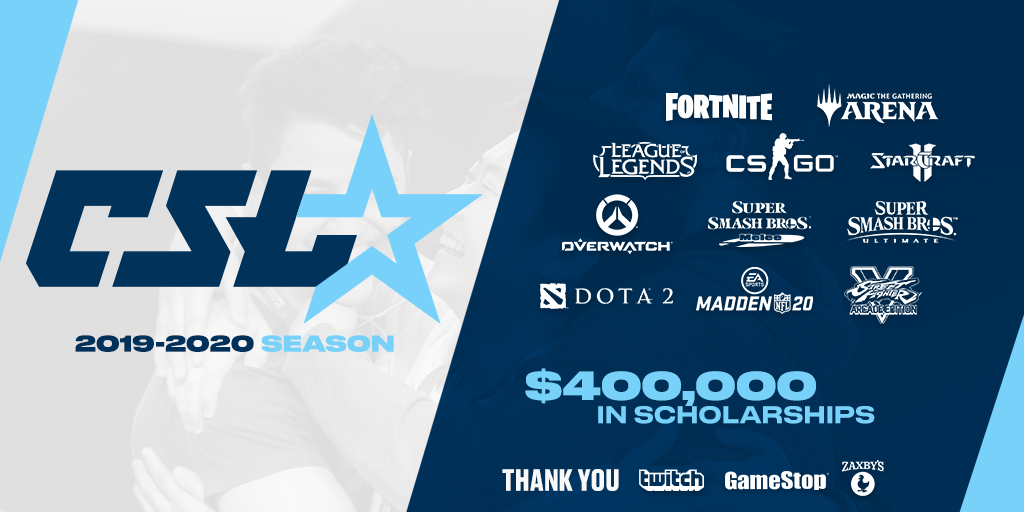 CSL is back with more games and more scholarship prizing than ever! In Spring 2009, collegiate esports was born when CSL hosted the first ever collegiate competition, featuring 25 schools competing in StarCraft: Brood War.

This year Star League will be what previously were our varsity divisions and our JV divisions will now be the Open League.

If you are interested in having your matches streamed this season, please fill this form out.

Click the game logo to go to the information for that game.

For the latest news on esports jobs, tournaments, and more, follow us on social media!