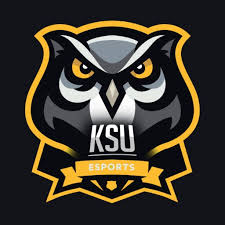 Kennesaw State University is a public university in Georgia with two campuses: one in Kennesaw and one in Marietta. Together, players from both of these campuses form KSU Esports, one of the most talented and prestigious esports programs in the state of Georgia. In this article, I had the opportunity to speak with the main Collegiate League of Legends team and their players to get inside information on their favorite champions, personal gameplay, and more. I was also able to speak with Norman Reid, the president of KSU Esports, who told me more about the school’s program. 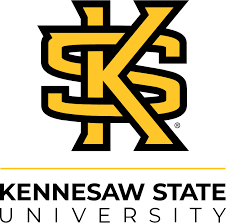 I had the pleasure of interviewing the Collegiate League of Legends team at KSU. The CLOL team consists of the 5 best players at KSU who have come together to challenge the best universities North America has to offer. Fortunately, KSU is definitely not lacking in talent. With four grandmaster-challenger players and a rookie support, Kennesaw State is ready to challenge the major collegiate teams and prove their worth!

Q: Why did you originally decide to one-trick Renekton?

A: I liked the overall aggression of Renekton in the top lane. I didn't have to rely on any ganks or any power spikes; I could just become a monster whenever the game started.

Q: Favorite champs to bust out when Renekton is inevitably banned?

A: Hecarim or Kled. Hecarim because he has a very unique playstyle top lane. It's hard to beat it if the Hecarim knows what he's doing. I also like to play Kled because he feels like Renekton 2.0.

A: Keeping up with the meta is hard and you have to really grind the game in order to keep up with the pros in challenger.

Q: As the jungler/president of KSU Esports, you have more insight than anyone into the CLOL team. What’s one thing you think KSU does well?

A: Laning and creative early games are by far the strongest aspects to our gameplay every year. 9/10 times, we’re the team that tries to make you ff at 15. (Editor’s note: He means surrender at 15 minutes into the match.)

Q: What's one thing you think KSU could improve on?

A: Unfortunately, most teams do not ff at 15. A lot of the good teams will weather our early leads until we make mistakes. So, I’d like to reduce the mistakes our team makes after the laning phase.

Q: Being such a high rank and level, what keeps you playing?

A: Competition. It’s always fun knowing you’re better than the average player. It’s even more fun knowing you can increase this gap by playing even better!

Q: Why did you originally decide to one-trick Azir?

A: When he first came out, I saw his kit and thought he would be the perfect 1v9 champion as a long-ranged, playmaking, scaling DPS mage.

Q: What keystone(s) do you like for Azir, and when do you use them?

A: Lethal Tempo has to be my favorite. Having up to 3.0 attack speed is a lot of fun. Lethal Tempo can be taken every game because attack speed is one of Azir’s most valuable stats. Right now, Conqueror is a very strong rune that works well on DPS mages and can also be taken almost every game. In matchups against long range mages, such as Xerath, I like to take Arcane Comet.

Q: When Azir is gone, what champion would you pick for comfort?

A: My next go-to comfort champion right now would have to be Ryze. I love DPS mages and he’s an S tier pick that feels really strong, especially with the new changes to Conqueror.

Q: As a multi-role player, what brings you back to ADC?

A: When I first started playing League back in season 5, I was primarily a Draven one-trick. Over the course of the next few seasons I expanded my pool and climbed to diamond playing the meta marksmen. However, in season 8, when patch 8.11 (aka "The ADC Update") dropped, I stopped playing ADC. In the patch, crit items were heavily nerfed and playing my favorite role felt awful. So I decided to change roles, trying support and jungle. I was still able to climb and kept achieving higher ranks in these roles, but I missed being the primary carry. In season 9, patch 9.3 dropped where they reverted the crit changes from 8.11 and ADCs were once again viable. I decided to go back to playing ADC.

Q: In your opinion, do mages belong in the bot lane or should they go back to solo lanes?

A: No. I don't like playing against them. I think they're significantly easier to play and are much more rewarding. You don't have to play perfectly to perform well on a mage. That being said, even though I don't agree with mages being in the bot lane, I'll still be playing them if they are what gives the W.

Q: What support champs do you like playing with?

Q: As the newest player to KSU LOL, how has it been playing with the team?

A: It’s been a great, new experience. I’ve learned a lot from my team so far and feel like I am improving as my time with them goes on!

Q: What’s your favorite “non-meta” support that you actually find success with?

A: My favorite non-meta support, as the meta stands for now at least, is Bard. Bard is a lot of fun, and he teaches you how to roam and play with your Jungler to get advantages elsewhere on the map. He is perfect for those games where you bot laner’s mental inevitably goes boom.

Q: What ADC / bot lane champions do you like playing with?

A: I enjoy playing winning matchups or playing with champions with high skill expression. I think champs like Vayne, Yasuo, and Draven allow the players to flex their muscles and show what they’ve got. Of course, these are infamously known “toxic” champions so it often backfires in solo queue.

Q: What does KSU offer to prospective esports players?

A: We offer a supportive, student-run club and high-caliber players to play alongside.

Q: How has KSU Esports grown since you first arrived at KSU?

A: It's grown a LOT. When I arrived, the events that were hosted were mainly small game nights where people brought Smash setups and that was it. The turnout was generally low at these events. There were occasional giveaways as well. Now, the Smash events take place in larger spaces (ballrooms on campus). The meetings we hold have larger turnouts due to the various advertising methods we've taken advantage of. Additionally, our Discord has become way more active.

Q: Favorite part about being the president of KSU esports?

A: The people you get to work with inside the club and the administration at KSU. Both groups are awesome folk that make this position of office fun.

Q: One thing you want to accomplish by end of school year?

A: We're going to host a large LAN event this spring semester.

Q: Anything else you want to mention about KSU Esports (information, developments, etc)?

A: Aside from the LAN event, the administration at KSU has seriously begun looking into starting an esports program. They've come to me to provide them with a ton of information from games to roster strengths to leagues we participate and much more. Nothing's been set it stone yet, but I really like how the administration has come to our club for insight rather than going at it blindly and having a higher chance to mess it up.