As colleges continue to invest in esports, Full Sail University is taking the next step - and building the largest on-campus esports arena to date in the United States. Known as “The Fortress,” the 11,200+ square foot facility certainly is a big show of support for their varsity esports team, Armada, and other esports professional initiatives.

Slated to be completed early 2019, The Fortress will boast the most current technology, and the flexible space can support setups from 1v1 games to 100 simultaneous players, as well as the ability to explore other activities - like drone racing. Hosting occupancy for over 500 people including spectators, the arena certainly plans to be a state-of-the-art facility for tournaments and live streaming. “Not only will it be the largest collegiate esports arena, but The Fortress will also house incredible technology aimed at delivering the best esports experience,” said Luis Garcia, VP of Emerging Technologies at Full Sail University, in their press release. 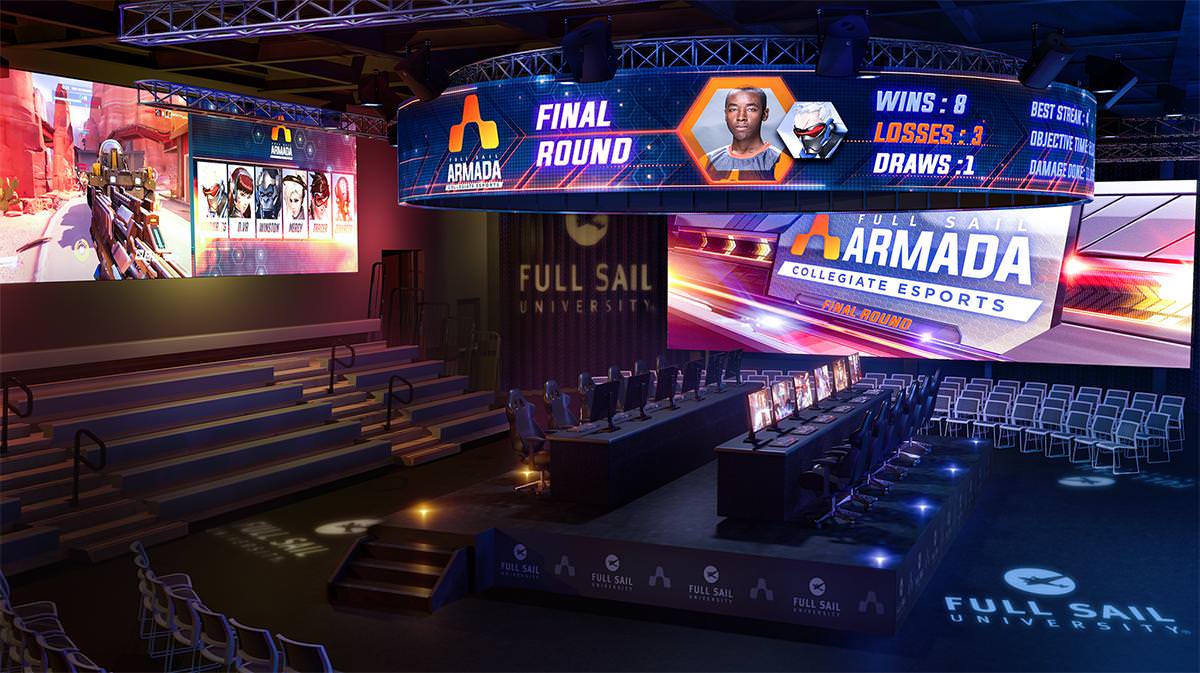 Full Sail’s support of esports doesn’t end there - their Armada teams, who already compete in a multitude of games, will have a dedicated practice space on campus. A technology and media driven university, Full Sail is really embracing esports - no surprise, as gaming and esports rise to the forefront of current entertainment. As Ken Goldstone, CEO of Full Sail University, said in their press release, “These efforts support our establishment as a leading global destination for students who want to participate in the esports lifestyle as part of their college experience, be it as a top competitive player, a casual player, a social follower and fan of esports, or an individual selected to learn from our industry partners.”

With over $6 million dedicated to The Fortress and other initiatives benefiting Full Sail’s esports community, the university has massive plans (literally) for esports on-campus.

Keep an eye out for The Fortress when it opens in 2019.