By Julian Alexander Cantwell on January 27, 2018

The current age of esports is hardly comparable to the early footprints of the industry’s inception. Big, clunky screens have been replaced by the sleekness and high resolution of modern monitors. The lounging about within dormitories for a LAN tournament is no more, with games now within theaters and event center expositions for thousands to view live. Broadcasts are no longer a niche, they are a mainstream form of entertainment.

What is important within this reflection highlighting those who carved the paths that led to what we have today and what may come tomorrow. Within our own corner of the esports world, there is one university in particular that we owe a many great thanks to for kickstarting the scholarship era: Robert Morris University (IL).

Specifically we must look at those at RMU who have guided the program,  and thus the industry, to where it is today. One person at the helm of this development and pioneering is the program’s current coordinator, Jose Espin.

Today, Espin finds himself at the forefront of an industry giant, one that not only competes at the highest level in nearly every collegiate esport, but one that also regularly generates talent that goes on to compete professionally.

"I didn’t want to transfer, but I snuck into their original open house for students for esports,” he said. “There, I talked to their head coach, Ferris “Agent” Ganzman. I asked him what I could do to help.”

Because of location, the pairing of RMU and Espin was seemingly destiny from the start.

“I’m from a little town close to Chicago called Westchester, Illinois,” he said. “I’ve always been into games, particularly Runescape and Starcraft.”

His interest in Starcraft, like so many other pioneers within the industry, brought South Korea, the grandfather of esports, into his view.

“I got really into South Korea and their esports,” he said. “And then eventually League of Legends. I would get into LoL around my Freshmen year of college.”

Espin was there for the early stages of what would become the largest esport on Earth. From Season Two onward, he was both an active player and viewer of League as it developed.

“I was watching IEM, the early international events and then eventually the LCS in Season Three,” he explained. “I just fell in love with it.”

During this time, Espin was completing his undergraduate degree at Depaul University, another Chicago institution. It was while there that Robert Morris came on his radar when they announced their intentions to become the first school to offer scholarships to play esports at the collegiate level. This would forever change esports as we know it.

"I didn’t want to transfer [to RMU] but I snuck into their original open house for students for esports,” he said. “There, I talked to their head coach, Ferris “Agent” Ganzman. I asked him what I could do to help.”

Espin seemingly hit all the right marks with his introductions, as he was offered an assistant coaching job with the launching program. 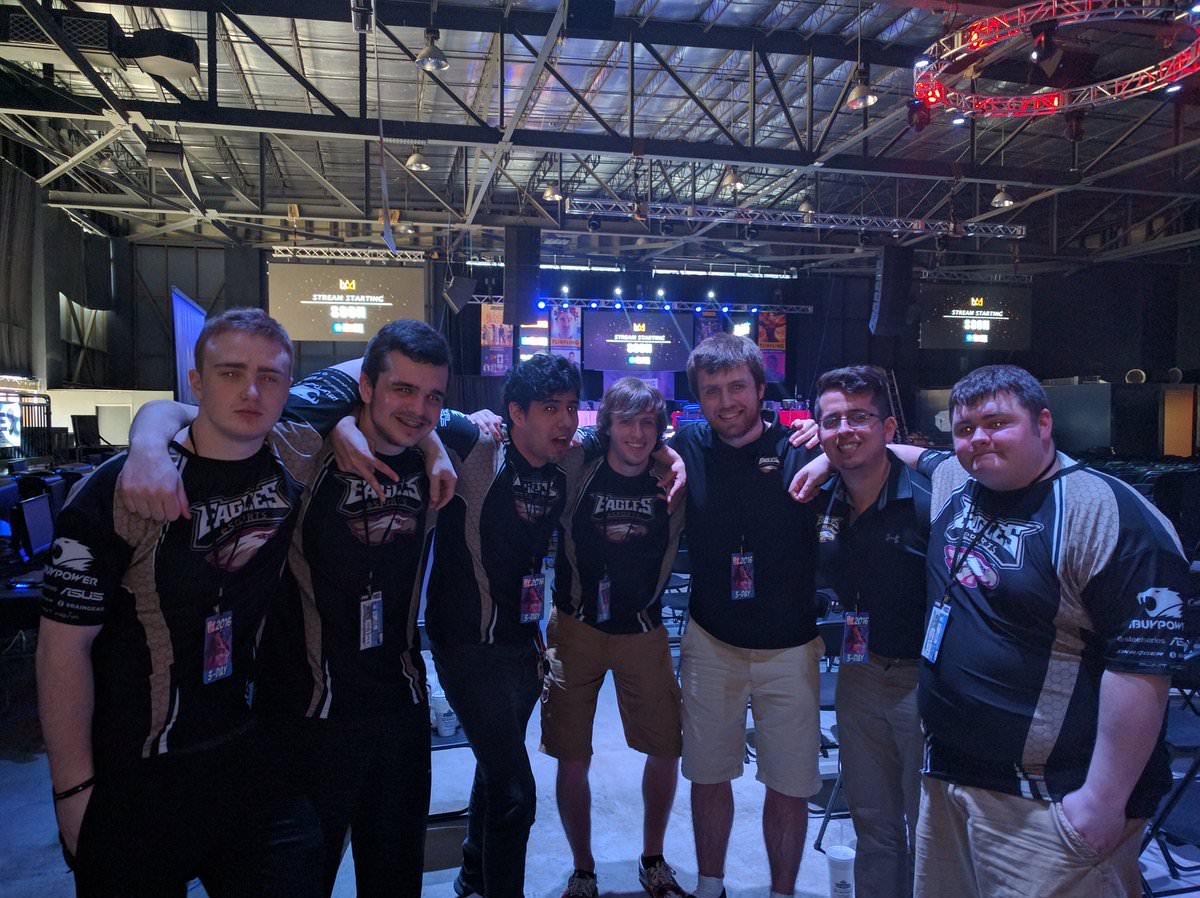 Jose Espin, second on the right, and the rest of the RMU League of Legends team - Photo Credit: Robert Morris University (IL) Esports

His journey through Robert Morris started strictly with League, Espin says. He worked at first with a lower level team to prove his ability and work ethic.

“RMU has a diverse pool of teams, all the way from silver to challenger,” he said. “It was great [working with a lower team], because I got to see the difference between all the players and even the skill gap between Diamond 1 and Challenger.”

He gained experience with the lower level teams, slowly working his way up the ladder until he became the assistant to Ganzman, who was still reigning head coach of RMU’s Varsity team. By helping out anyway he could, especially during the heavy parts of the season, he says, he earned recognition, praise and responsibility. 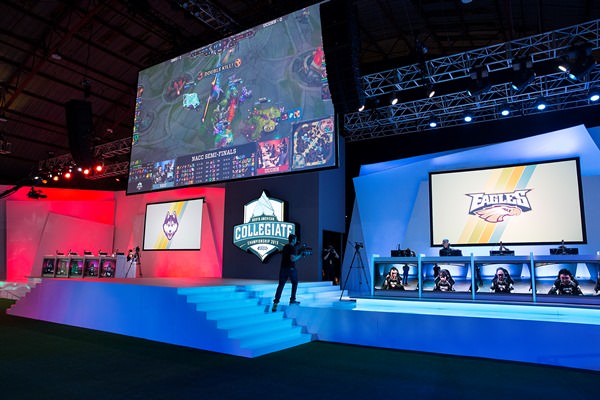 After the conclusion of his first season with RMU, which culminated in a second place finish against the UBC Esports Association in the National Championship finals, Espin believed the program needed more staff to help elevate it to the next level.

He approached RMU’s program director and founder, Kurt Melcher, with his idea.

“I told Kurt ‘hey there needs to be a role that manages in the sense of the whole organization’ so the head coach didn’t have to worry about that, since we were adding Hearthstone, DoTA and CounterStrike,” he said.

Despite his idea, Espin’s desires were still mostly in coaching and helping lead players within League itself.

“At the time, Drake Porter was there and he kind of showed me the way and where to go on how to coach,” he said. “That’s where I wanted to be.”

"Everyone loves to win, but we’re definitely on the side of cultivating growth. That’s what we want out of this, the same way with traditional esports. You know, collegiate? This isn’t the end, it’s the beginning and we want players to come through and get this real life experience.”

However, things changed when Kurt Melcher ended up offering Espin the very position he had come up with in his proposal. Espin decided that taking the position and working in a larger capacity was the best route for not only his career, but RMU as well. He spent his entire second year with RMU at this position, until he was bumped up to program coordinator at the beginning of his third year with the organization.

“At that point, I didn’t run the full program,” he said. “But I still did a pretty large chunk of it.”

That did not last long for him, as his continued work and excellence in his position soon gave him the opportunity to become program director mid way through his third year, a position he has held since.

He now oversees the entirety of the program, from each esport, athlete and staff member. A three and a half year ascent to leading one of the most notable and awarded collegiate esports programs in the world.

The Gold and Maroon Mantra

Now, Espin’s daily life is one at the lead of one of the premier universities collegiate has to offer. With such responsibility, it falls on him to guide the overall course that Robert Morris Esports should be charting.

For him, that means much more than just winning. 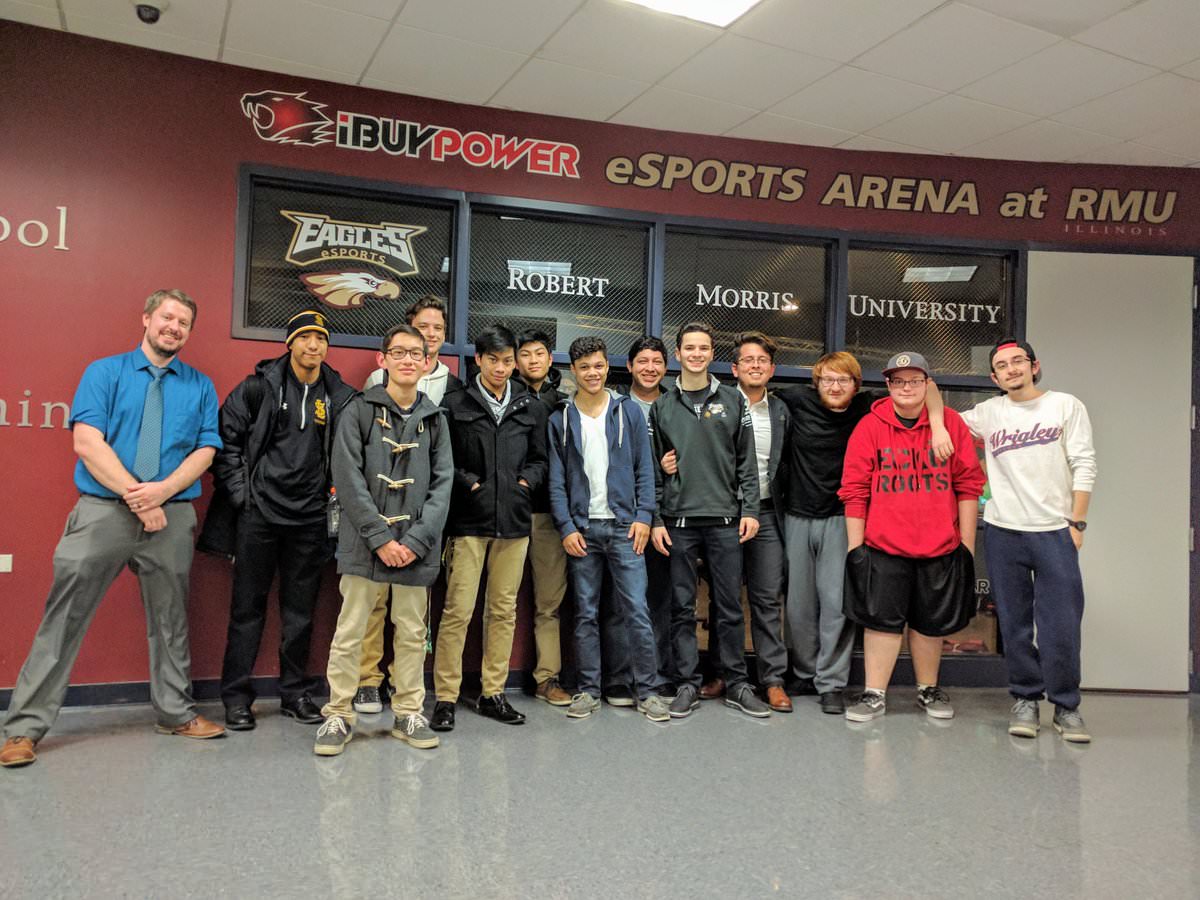 "Everyone loves to win,” he said. “But we’re definitely on the side of cultivating growth. That’s what we want out of this, the same way with traditional supports. You know, collegiate? This isn’t the end, it’s the beginning and we want players to come through and get this real life experience.”

Most players at a high level, he explains, got to that level from pure skill and the day in and day out grind that a game requires. They haven’t acquired the skills you need to work in a cooperative environment outside of the League of Legends soloq ladder, something he believes a collegiate esports program should provide training in.

"They’re not used to working with people,” he said. “Getting those teamwork and leadership skills….I’m definitely more towards the side of fostering growth.”

This direction with the program, focusing on development rather than instant championship gratification, has been one that has been met with a small wave of conflict, particularly in the clash between the program and its former coach, Drake Porter.

"I believe he [Drake Porter] is a very passionate, passionate guy,” he said. ..”I definitely see him excelling in the long term, but our goals didn’t align with him. Again, we’re here to foster growth and he was here to win championships.”

"For league, I hope to place somewhere in the top three of our region. That’s the goal. Over that would be getting second so we can play in the play-ins for Nationals. CC and Maryville are tough competition, but you never know what could happen.”

There is no ill will in departure of Porter from the program, says Espin, which is not hard to understand. As he stated, Porter helped shape Espin’s understanding of the League and esports at the professional level.

“It was best for him to go to CC, so that their goals aligned,” said Espin. “I think it’s a way better fit for him.”

It’s no secret that now, in the fourth year of Espin’s time with RMU and the post-Porter era in the League program, RMU is in a bit of a rebuilding phase with some of its teams. This rebuilding however, hasn’t caused any grim feelings for Espin or the players within the program.

The players now on the league team, he says, are more happy and family-like than ever. Hopes to compete at the highest level are well in place.

“For league, I hope to place somewhere in the top three of our region,” he said. “That’s the goal. Over that would be getting second so we can play in the play-ins for Nationals. CC and Maryville are tough competition, but you never know what could happen.”

Equally, says Espin, the strength in the RMU program can seen throughout each and every esports team they field. At the core of RMU are multiple teams competing at the best in not only their region, but in the nation. While their time atop the League of Legends mountain may have come to a short halt, the program itself, under the full guidance of Espin, looks brighter from each angle.

It may be tough sledding for RMU this year, but it looks like they're in good hands. For more on the people who have helped make collegiate esports great, stay tuned to the Collegiate StarLeague Twitter and Facebook pages, and, as always, if you know of someone at your school who bleeds esports and helped build something great, let us know!

Julian Alexander Cantwell is the Social Media and Content Manager for eUnited. He has written for 12UP, DblTap, and Collegiate StarLeague, to name a few. You can find him on Twitter to heckle him roundly @SspaceGG.