Industry Insiders: Chad Smeltz Goes Back to his Roots

Chad Smeltz’s career trajectory is just one of the things that makes him unique. After going from early-career educator to professional League of Legends coach and general manager, he left the pro game to pursue opportunities in a place that most pros would shy away from: the collegiate ranks. Now, however, he has the potential to become one of the first true hometown heroes in college esports.

In his new position as Esports Program Director at Harrisburg University, Smeltz is having a literal and philosophical homecoming, as he hopes to build a program that is not only competitive, but also firmly intertwined with the academic institutions of his university. Most program directors you speak with will pitch their schools as places of learning and competition, but Smeltz’s qualifications give that claim real teeth. His unique blend of education and esports backgrounds will be key to building one of the most intriguing new varsity programs in North America.

“I didn’t know what I wanted to do going through high school. The first year or two of college, I didn’t truly understand what I wanted to do. I didn’t have an epiphany or anything. I just told people that ‘I’m good with people. What do I do with that?’”

When he got the call, he could hardly believe his ears.

The 26 year-old was on the phone talking about a potential opportunity with a new collegiate esports program.

So often, the right job comes at the right time from a place that we never considered. For Chad “HistoryTeacher” Smeltz, that meant an esports gig in his hometown of twenty-some odd years.

That challenge took Smeltz full circle - back to the place he had once called home when he was, quite literally, a history teacher. Of course, even that part of his career path was circuitous.

“I didn’t know what I wanted to do going through high school,” he remembered. “The first year or two of college, I didn’t truly understand what I wanted to do. I didn’t have an epiphany or anything. I just told people that ‘I’m good with people. What do I do with that?’” 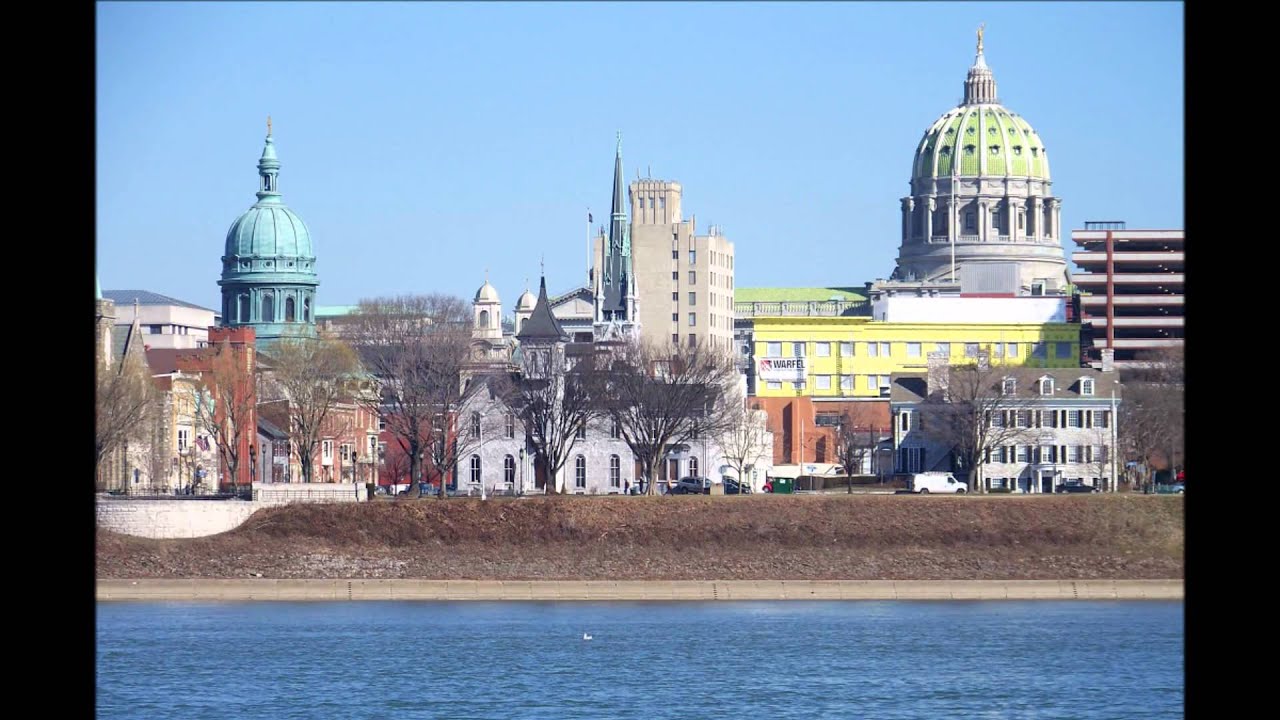 Smeltz worked in food service and retail during those formative years, making connections and plying his trade as a people person. His first big job was as a server at a fine dining establishment, where he says he really learned the power of candid interactions. He realized that conversations are incredibly intriguing and that he wanted to work in a capacity that would allow him to help people converse more effectively and freely. This led him to teaching - of course, via his titular interest in history.

“I love history to death, but the biggest thing that I was interested in was being able to help people shape opinions about things and understand why they’re shaping those opinions and history was the vehicle to do that,” Smeltz explained. “So whether I agree or disagree with them...I love seeing people talk about topics freely without attacking each other, and I think that’s really cool. I love promoting that.”

Hoping to help young people form such opinions more effectively, Smeltz did his time student teaching and worked with high school sophomores and seniors, as well as coaching volleyball. He talked about history, grew a beard to augment his aura of authority, and played video games in his spare time.

“I could have stayed in the professional scene, but I kind of felt like I could do more than that if I looked to other areas. I wasn’t content with wanting to stay in the pro scene just to ‘be in the scene.’"

“I swear...my favorite game of all time...that really, really catapulted me into [PC] gaming was Neopets…” he admitted to me. The web-browser based game site  “When I was young, it helped me learn a ton about how to communicate with people, and it helped me learn how to game an economy...Actually, I learned a certain amount of economics through a game as silly as Neopets.”

When not farming coins or playing with his Lupes and Aishas, however, a 20 year-old Smeltz also started dabbling in the MOBA world.

“I had a friend introduce [League] to me one night when we were all just hanging out,” he said flatly. “I played it, and I thought the game was crap.”

However, not one to run from a challenge, Smeltz gave that crappy MOBA another chance.

Turned out he was pretty good.

“When I started getting good at the game, I started playing solo queue more...where I frequently ended up playing against streamers and pros, and I would start giving out history facts in solo queue.”

This nerd-within-a nerd status actually earned Smeltz a request on Reddit that he begin streaming, so he did. Then Dyrus and Saintvicious hosted him. Then he talked at length about coaching and what goes into good coaching on stream.

Next thing he knew, Chad Smeltz was the head coach of Team 8 for the North American LCS Spring Split in 2015. From there, he worked with several NALCS teams, first as a coach with Team 8, and then as a general manager with NRG and Phoenix1. Working with those organizations gave him a lot of experience helping to build organizations from the ground up, but he eventually found that he wanted something different from his esports career.

So, he threw himself a curveball.

“I could have stayed in the professional scene, but I kind of felt like I could do more than that if I looked to other areas,” Smeltz explained. “I wasn’t content with wanting to stay in the pro scene just to ‘be in the scene.’ I realized that collegiate esports had been growing over the past three years that I had been in the pro league. I finally think it’s getting to a point where it’s being taken seriously by colleges and colleges are starting to invest in it.” 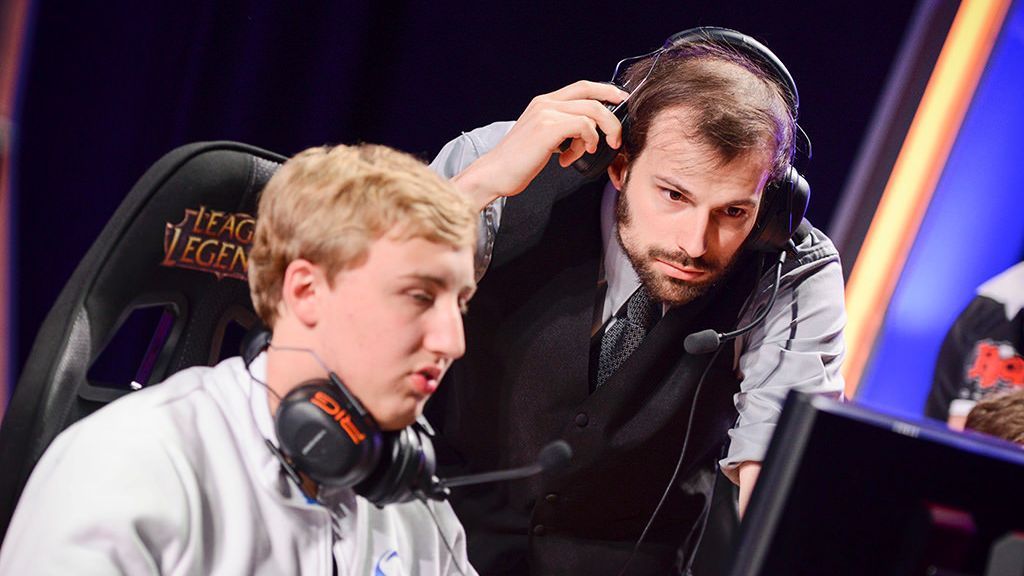 Coming out of three years in the professional scene, Smeltz was looking for a change. Despite living the esports dream by leaving his humble beginnings behind to go rub shoulders with NA’s finest, he felt like something was missing. The rapidly accelerating growth of the collegiate world looked like it might just provide the right challenge.

That phone call about Harrisburg gave him his way in.

For most esports people, leaving California and the heart of the pro scene behind for a brand new varsity initiative in central Pennsylvania probably wasn’t the career move that made the most sense.

“To put it lightly, a lot of people who would be in the pro scene would never want to go to collegiate because they would see it as a step back,” Smeltz said frankly. “I would like to help make collegiate esports where it can be a step forward.”

Harrisburg may be well on its way to becoming a step forward already. The university has already secured the use of the nearby Whitaker Center to host events, tournaments, and viewings for esports, and plans to have a top of the line practice facility that Smeltz hopes to use as a prime recruiting tool for competitive teams. However, he also hopes that the scope of the varsity project at Harrisburg extends far beyond the gaming arena. 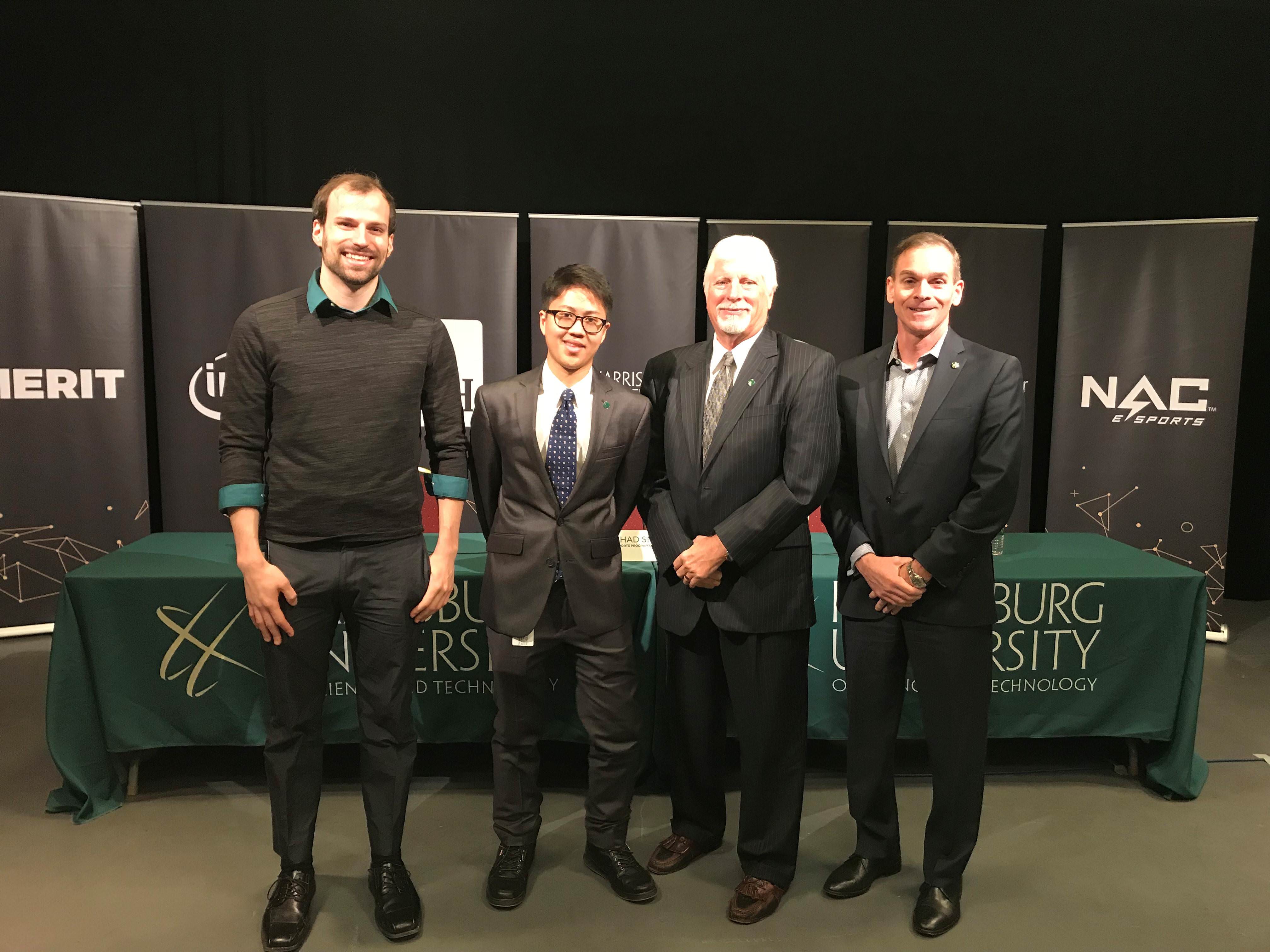 To that end, Smeltz has dived into the interdisciplinary nature of collegiate esports. His objective extends beyond building a competitive program, which is just one of several milestones he has set. Rather, his vision of varsity esports at Harrisburg University is anchored in the same obsession that has carried him thus far: people and human interaction.

On the varsity program’s front, that means successfully weaving esports into the fabric of the Harrisburg community.

It also means helping the program invest in the educational well-being of the community. Smeltz built and is now teaching a course on esports at the University of California, Irvine, and has already begun doing what needs to be done in order to align Harrisburg’s esports program with the university’s Interactive Media Studies department. While building a course proved to be a greater challenge than he had anticipated, Smeltz maintains a sort of realist’s optimism toward the future of esports in academics.

“To put it lightly, a lot of people who would be in the pro scene would never want to go to collegiate because they would see it as a step back. I would like to help make collegiate esports where it can be a step forward.”

“After setting up that class, I have a very realistic expectation of what it takes now, and I understand that that’s something that if you’re going to be doing multiple classes or a certificate, or even down the line…maybe you turn it into a major after five years, that’s a lot of work and a lot of accreditation too,” he admitted. “So, just understand for people that are in college that’re interested in that, there’s a lot of work that goes into those classes, so if you do support them, the university notices and they will make more.”

Tough though the sledding may be with some academic departments, Smeltz’s approach shifts the usual emphasis from players, coaches, and facilities to the deeper connection between school and spectator sport. It fits his personality, and his emphasis on working with and for people.

“What drives me is...learning and people in general, and that’s pretty basic stuff, but it’s what made me want to coach League of Legends,” he said.

In coming home to Harrisburg, it looks like he’ll be flexing both of those drives.

You can find Chad Smeltz on Twitter @ChadSmeltz and on Twitch (he's not playing as much Neopets these days). Catch more of our Industry Insiders Series right here at CSL by following us on Twitter and Facebook.

Matt Howard is the League of Legends editor for Collegiate StarLeague. He is also a Master’s student in History at the University of Houston finishing a thesis on League of Legends esport as a study of Web 2.0 culture. Find him on Twitter @EHyungNim.