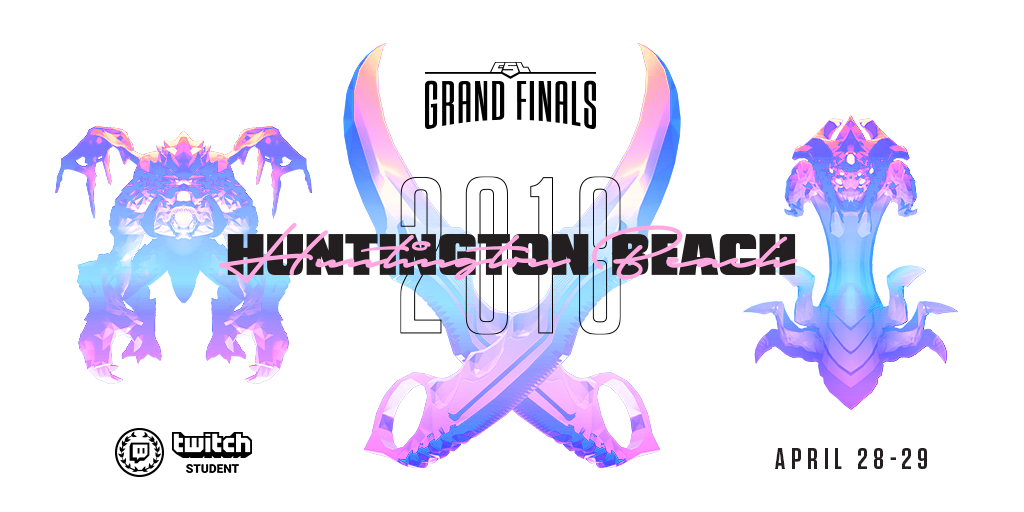 Los Angeles CA: March 14, 2018– The Collegiate StarLeague (CSL) announced that the 2018 North American Collegiate Grand Finals will be hosted in Huntington Beach, California, at new the dedicated eSports venue of Ultimate Media Ventures. The season-culminating event will be held from April 27-29, 2018, and will feature thousands of collegiate esports players from United States and Canada competing for more than $100,000 in scholarships.

Individual and team titles will be awarded across Dota 2, Counter-Strike: Global Offensive, League of Legends Junior Varsity League as well as invitational and showcase events for Super Smash Bros. WiiU & Melee, Fortnite, H1Z1 and Madden NFL 18. Over 38,000 students from over 1,500 university and college campuses in the United States and Canada have registered and competed in CSL leagues and tournaments.  The Grand Finals being held in California this April follow CSL’s tradition of rotating the location of its premier event to top North America esports cities including Toronto (2017), Austin (2016), San Francisco (2015) and Anaheim (2014).  Weekend passes and individual day tickets to the 2018 North American Collegiate Grand Finals are available as of today on Eventbrite.

“We’re thrilled to be back in California to host Collegiate StarLeague’s 2018 Grand Finals event where we’ll be awarding over $100,000 in scholarships to the top gamers from across the US and Canada university and college network,” said Wim Stocks, General Manager, Collegiate StarLeague and WorldGaming. “This year’s event will be our biggest to date, with more teams, more competitors, more games and more reasons to attend. The event will also showcase a speaker series, meet and greet and a collegiate gaming festival with music, food and entertainment. It’s not to be missed.”

CSL also confirmed that Twitch, through the Twitch Student program, will be the exclusive streaming and distribution partner for the Grand Finals and all playoff matches. "The vision of the Twitch Student program is to build, empower and support an inclusive, diverse and collaborative collegiate gaming community,” said Mark ‘Garvey’ Candella, Director of Strategic Partnerships, Twitch. “We want to foster and instill confidence in the community to help bring voices to the forefront of the industry we all love so much. The team at Collegiate StarLeague share our passion and vision and we couldn’t be more excited to partner with them."