Jerome Celeste, also known as PBJ, is a fighting game player, tournament organizer, and aspiring educator. This season, he is also the coach of California State University San Marcos (CSUSM)'s Street Fighter V team for Collegiate StarLeague. His combined knowledge as a tournament organizer and educator has made him the perfect man for the job. In an amazing interview, PBJ tells us how his background helped with coaching and gives us some great insight on fighting game locals and how to curate them as well as your own local fighting game community. 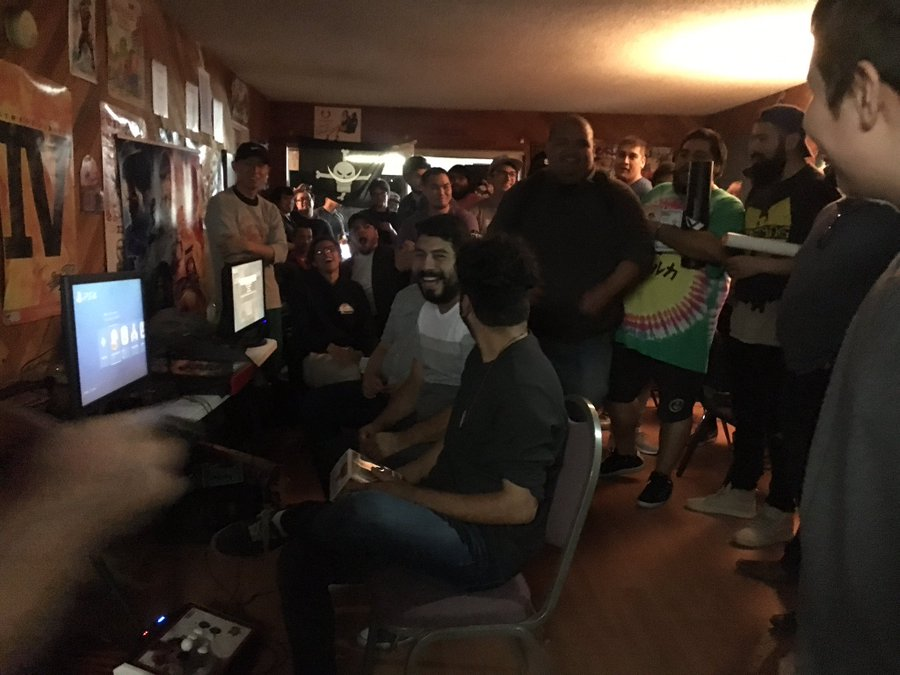 How does being a tournament organizer and aspiring educator help with coaching for CSL?

Jerome: “So, from the tournament organizer standpoint as the T.O, my philosophy was to always have everyone in my community work on improving together. If they all work on improving with one-another, then naturally, they’ll all start getting better, whether they’re a lower level player or the highest-level player there. So, my application of this concept into a team-oriented setting is if my top player is constantly treating every player at the same level and sharing the same amount of knowledge, then the lowest level player will improve as well. With the newest player improving, we have new eyes and new lenses to go through, and we have new info to work with. Once that new or not as good as the top player is in this situation, they will start to learn the game from a new lens and offer new situational awareness. Even if that player isn’t as experienced or as good, they can bring light to potential systems that can be abused or exploited. This gives more information to all the players in that communal group. I’ve seen this work in my own community where players quickly go from super plat to diamond in like 2 weeks due to this team setting after getting stuck at super plat for like a year. I feel like this communal approach where everyone is helping each other as opposed to withholding information because you’re focused on winning allows everyone to get better, which makes the top players even better.

As an educator, you learn a lot of professional techniques working in education. You learn how people work and about approaching with different techniques. Applying that to coaching has allowed me to more efficiently approach with new concepts and new methods of practicing when talking to my players. So rather than just saying, “Hey, watch this video” or the simple, “Hey, work on this and that,” I’m able to provide them with a more specific approach where I analyze not only their play and how they can improve but also provide proper drills and methods of practicing with a clear way to go in… At a basic level, let’s say someone needs help with anti-airing. I’ll go in myself and apply a specific drill where I randomly jump in, and they have to anti-air me every time. Similar to teaching, you want to specialize the way you teach every student instead of teaching everyone as a general population. Although that’s a lot easier, you’ll learn some students struggle to learn concepts as opposed to others, so you have to find a way to generalize it as well as specialize it.”

So you tailor training regimens from person to person?

Jerome:  “Yeah, every week, I’ll not only analyze our offline sessions, but I’ll go into the SFV replays –because I get them to play ranked even though they’d probably do it anyways, unfortunately, haha— and analyze what they’re doing there. Then, every week, I’ll give them a few paragraphs to a few pages on analyzing their openings and things I notice that could immediately help them. It gets interesting when I show them a new concept that they can apply to their gameplay to help them play more efficiently. So, for example with whiff-punishing, I’ll explain it in my way, give them examples, tell them the general definition, and then show them how to set up a bot so they can practice it on their own. Then, we’ll analyze that over and over again. After that, it’s up to them to take time themselves to apply the things we’ve talked about.”

Is CSL your first-time teaching and coaching fighting games or have you done it before in your community?

Jerome: “Since before this actually. Not in an official situation, but I always felt as a T.O, it was my duty to help players get better. I’ve been doing that since I first became a T.O at age like, 15. Originally, that started because I just wanted to find somewhere to play, and there wasn’t anyone around playing the game I was playing at the time. The best way to engage a person into playing a new game is teaching them how it works, so they can enjoy it while learning to understand it. So, I guess I’ve been teaching unconsciously and that leads more people to get engaged, which makes us continue to keep playing and continue to improve. So, I continue to apply my understanding concepts, and they also help me learn as well. I guess that as well as my analysis counts as coaching.”

What are the top things you’d teach a new fighting game player that understands the motions and is familiar with the community but hasn’t stepped foot into the tournament ring yet?

Jerome: “I’d say, first, learn techniques to stay composed. Try your best to not get nervous, even though you’re definitely gonna get nervous, but figure out ways to minimize that. Secondly, be humble. Don’t go expecting to destroy everyone and don’t go expecting to straight lose. Even as a beginner, maybe, you have a certain technique that can even stop a top player because they don’t know the situation. Lastly, is to not try anything too crazy. Play as you know you should play. I call this playing in your comfort zone, which means: try to keep situations as situations you’re aware of. Don’t try anything crazily new. Say you learn a new combo that leads into a setup, but you’re currently bad at that combo. You drop that combo and it’s so new that you don’t know how to improvise in that situation. So, you wanna stay with the info that you know, but you also don’t wanna stay in comfort, in that you still wanna take risks, so you take your advantage when you need to.”

Future goals as an organizer, competitor, and teacher?

Jerome: “As an organizer I’ve been busy, but I’ve been helping Northern County San Diego players organize events themselves, and they are continuously growing themselves. So, even though I’m too busy to run my own event, I’m still helping other communities run their events that are already going. Helping them more efficiently approach their tournament setting with how to make it more enjoyable for the player and how to get more people to show up. In the future, when I have more time, I’d like to start running more locals and start a bigger event when I get into a better situation. Not like majors, but an idea I’d like to share because I’d like to see more people do it. Like GDQ, I’d love to see someone do more charity inspired events for fighting games. It’s something I’d like to logistically find a way to make happen and I think it could give more popularity to fighting games with a positive outlook on them for a more general crowd.

As a competitor, I haven’t been focusing too much on competition. I was originally asked to be a part of my CSL team, which I declined very holy because I knew I wasn’t willing to put in the effort that I wanted to play at the level I expect myself to. Moving forward, I plan to compete more aggressively. I feel like being a coach has motivated me back to doing this, but I wanna do it in a way that’s enjoyable for me.

As a teacher, I’m still a university student while doing teacher work at the same time as that. I was working with first graders over the past year, which was interesting, and I’m hoping to extend into high school because in the future I hope to have a dedicated location in a high school after my university experience.”

Do you have any tips for others on growing their community?

Jerome: “Absolutely! The best tip I can give is to realize your purpose for doing it. For me, it was to find a place to play, even if that means just playing in your garage. I used to run a tournament in a donut shop. It can be anywhere as long as you have a place to play because chances are, even though at first it might just be you and your friend, more people will show up. My rule of thumb is that 1-in-10 people will probably stay. For every ten people that show up to your event, one will probably stay in the long-term, and that one person means way more than the intermittent numbers that may show up. Value that one player and help them involve themselves in the community. Don’t just treat them like, “here’s this guy I gotta beat.” Tell them you appreciate them, and let them know if there’s ever ways they’d like to help you out to let you know. Show humility. The goal is to find a place to play. Even though it may be small at first, just keep growing it and don’t discount the players. Make sure they feel like they’re part of a family. Give them a reason to stay after, so it’s not like they’re just there to play in the tournament but also to stay after to enjoy not  just the fighting game but also the fighting game community.”