Fighting Game UI and You

The design of fighting games like Street Fighter, Guilty Gear, and Super Smash Brothers is a very polarizing subject. This has been seen with just about every major fighting game release and is currently a very heavy subject with the rise of Guilty Gear -Strive-. A lot of the conversation around this new title has been focusing on the game’s current UI, or user interface. While this UI may not be final and fans are hoping it will change, it’s also really opening the eyes of many fighting game fans to the importance of UI. Last time, we talked about staying connected through fighting games; today, we’ll be talking about what exactly makes good and bad UI and why the Strive UI could do better.

To start things off, let’s establish that the user interface is one of the most important aspects of each and every fighting game, second only to the gameplay itself. This seemingly-simple piece of the fighting game puzzle must be able to tell both new and old players exactly what’s happening within a few seconds of looking at the screen.

The interface must tell players and spectators how much health and meter they have, along with how much time is left in the round. Depending on the character or game, it must also tell how many specific resources they have. All this must be shown in a simple-yet-effective way that doesn’t obstruct the view of the gameplay and matches the game’s personality.

Early fighting games’ interfaces were very simple. As the genre evolved, their UI alongside them. Take a look at the earliest UI from Street Fighter 1 to see just how far things have come. 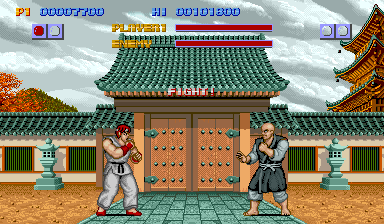 While this interface may not be perfect, it gets a pass: it’s one of the earliest UI concepts and a simple and effective example of how to convey essential information. It’s easy for onlookers and players alike to see exactly how much health they have left and how many rounds they have under their belt.

Another great example is Super Smash Brothers. SSB’s UI has been kept essentially the same throughout the series, which shows you how effective it is. Here, it’s easy to take a quick look at the screen and tell exactly what's going on at every moment of the game. One look will tell you how many lives, how much time, and how much percentage you have left. 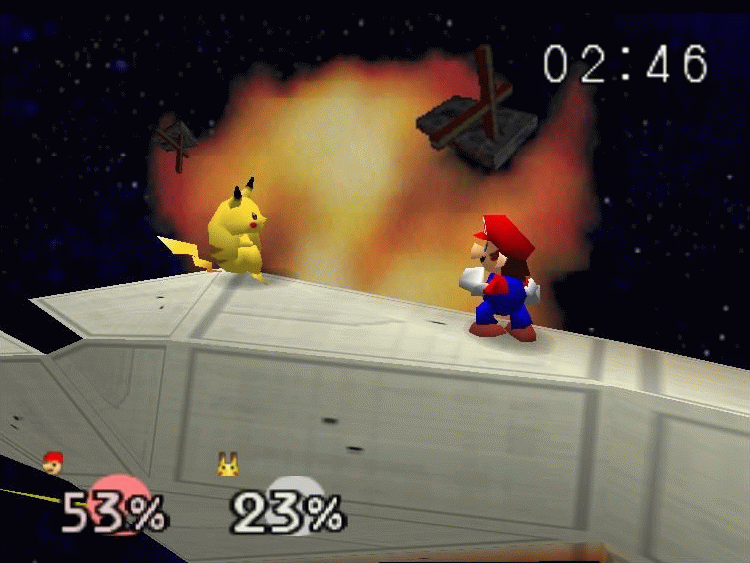 Things are kept very simple and everything is placed at the bottom of the screen, where they never get in the way of the action. It makes for a perfect UI, one of the best out of the entire fighting game genre. To see the Smash UI in action, take a look at our regionals recap from earlier this semester.

Another example of excellent fighting game UI comes from Under Night In-Birth. 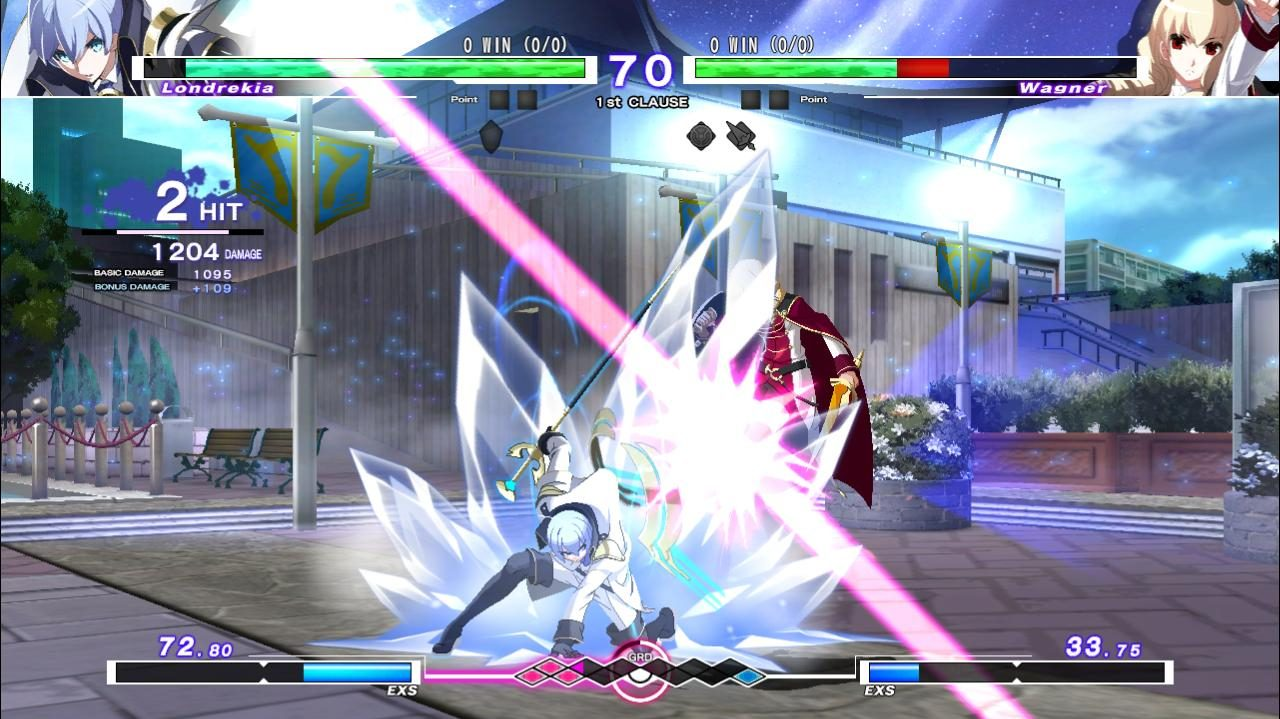 Not only is the interface stylized to fit the game perfectly, but it tells players exactly what they need to know in the best way possible without getting in the way of the actual game. One amazing highlight that really makes me bring up this example is the Grd bar, which is simply genius design. While this bar takes some learning to find out what exactly it does, once you actually do learn about it, it’s very easy to use. The bar is broken up into small diamond shapes that make it very easy to see how much Grd each player has, even when it’s a very small amount. This, together with how clean and spaced-out everything is and the brilliant color-coding of the different bars, makes for a borderline-perfect UI and gives us our formula for a good interface:

So why exactly are fighting game fans upset about the UI of Guilty Gear -Strive-? 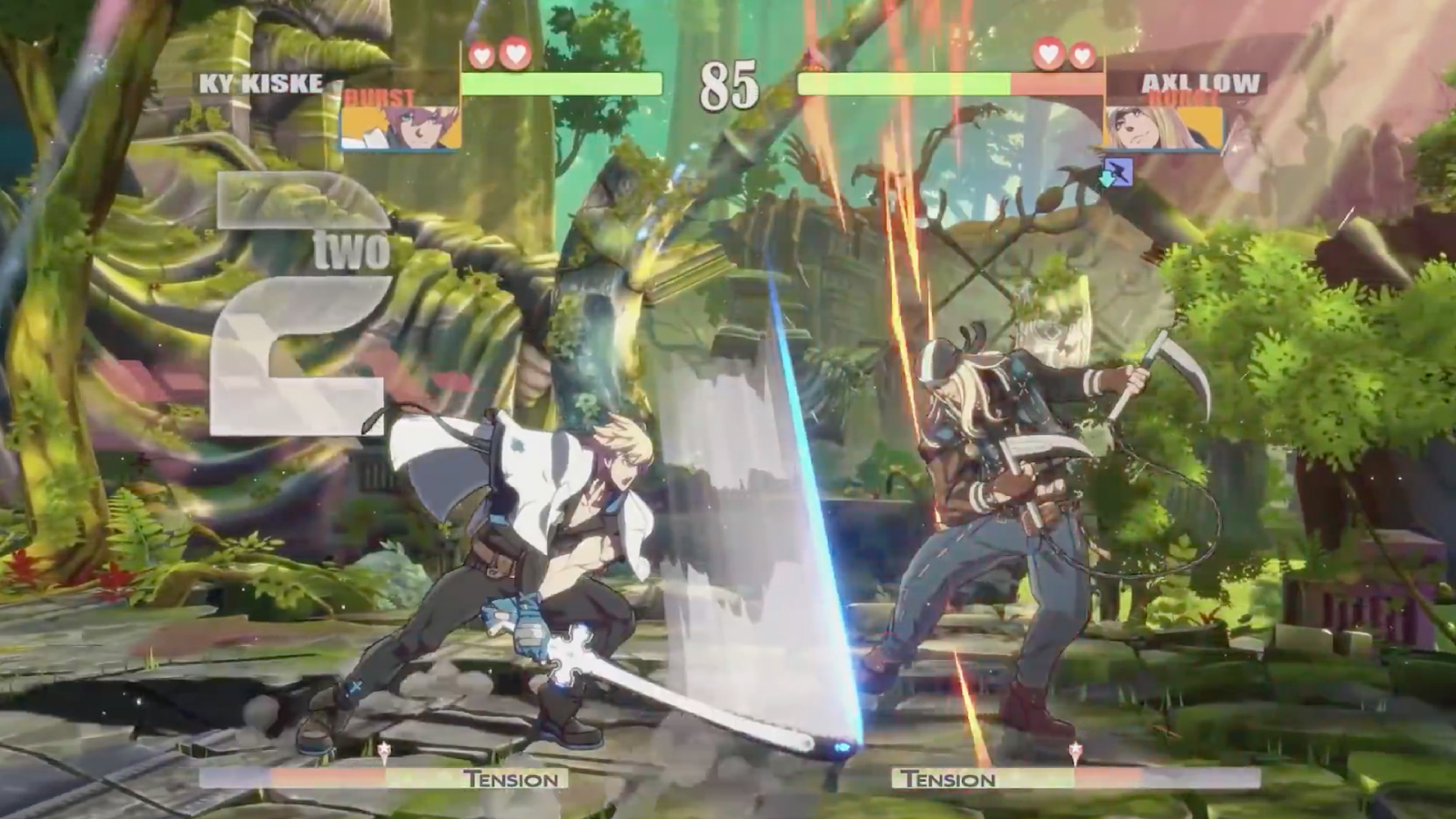 To the naked eye, this screen might seem fine. We can see the lifebars (sort of), rounds (???), combo counter (very hard to miss), and the tension meter--wait a minute. The tension meter can’t be seen immediately.

From a still image, it may be easy to see, but during an actual match with the added visual effects in play, it’s easy to miss at times. Combine this with a combo counter that grows and obstructs certain things, and you’ll find yourself getting hit with sensory overload along with that mixup heading your way. This is an issue with the lifebar and the RISC meters of the game as well.

This introduces a problem to the game that extends past the gameplay and affects spectators that are watching the game and interested in playing. If not fixed, it will constantly be a hurdle during broadcast competitive play. Imagine tuning into a Twitch stream to see what you think of a game and having to ask exactly what each meter lends itself to. No fighting game should make this necessary to anyone new.

Fighting games are meant to be easy to learn but difficult to master. This concept lends itself to each piece of the game, including each and every design decision put into the game. It’s a concept that may seem very simple to implement, but it’s harder than you think when personality is a key piece of the puzzle. This can be seen in Persona 4 Arena: Ultimax, a classic example of bad UI. 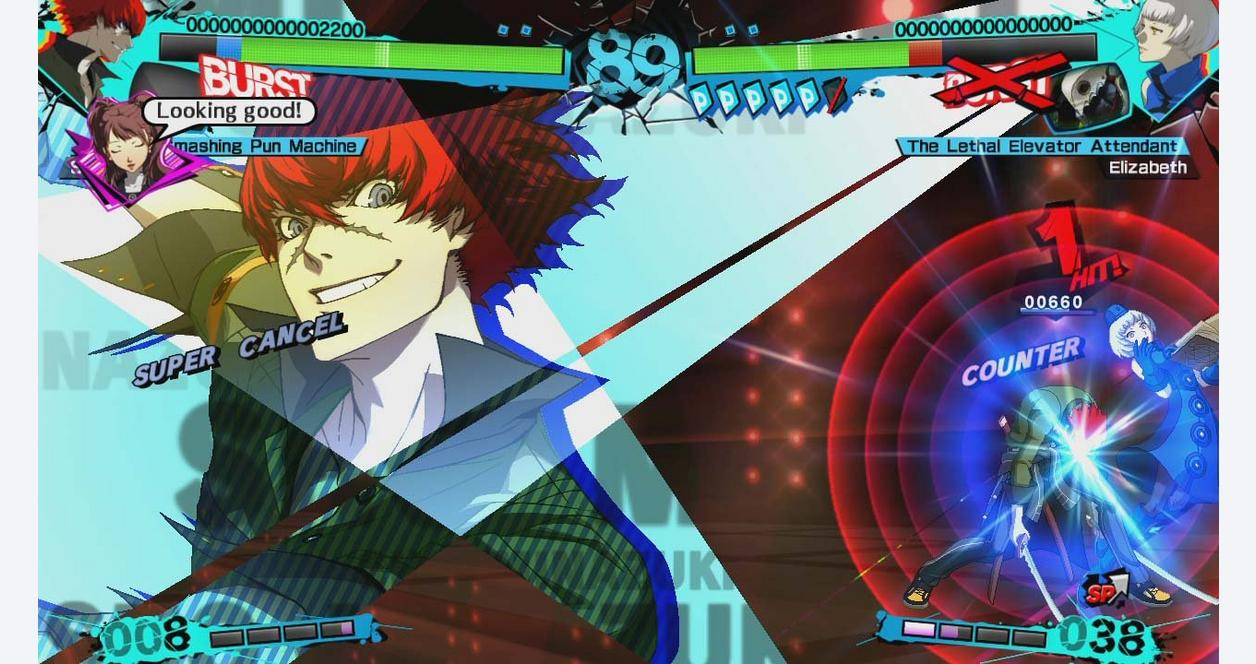 This UI is quite literally the antithesis of everything a fighting game UI should be. Much like Guilty Gear -Strive-, there are similar colors everywhere, a lot of intrusive graphics, and a bit too much style while things are being pushed together.

Many of the design aspects of great fighting games are taken for granted, including great UI. This analysis shows just how much everything means in the grand scheme of things when it comes to fighting games. Even the smallest thing can mean one less player joining in on your game. In a genre where you need to be constantly aware of every single thing going on during a match, it’s imperative that your interface is as simple as possible, appealing to the eye, and in line with the personality of your game--a tall order, indeed.