We continue on this week to find out just who the strongest collegiate Smashers on the continent are. Read on for all the results from our Pacific Northwest and Midwest Regional events. 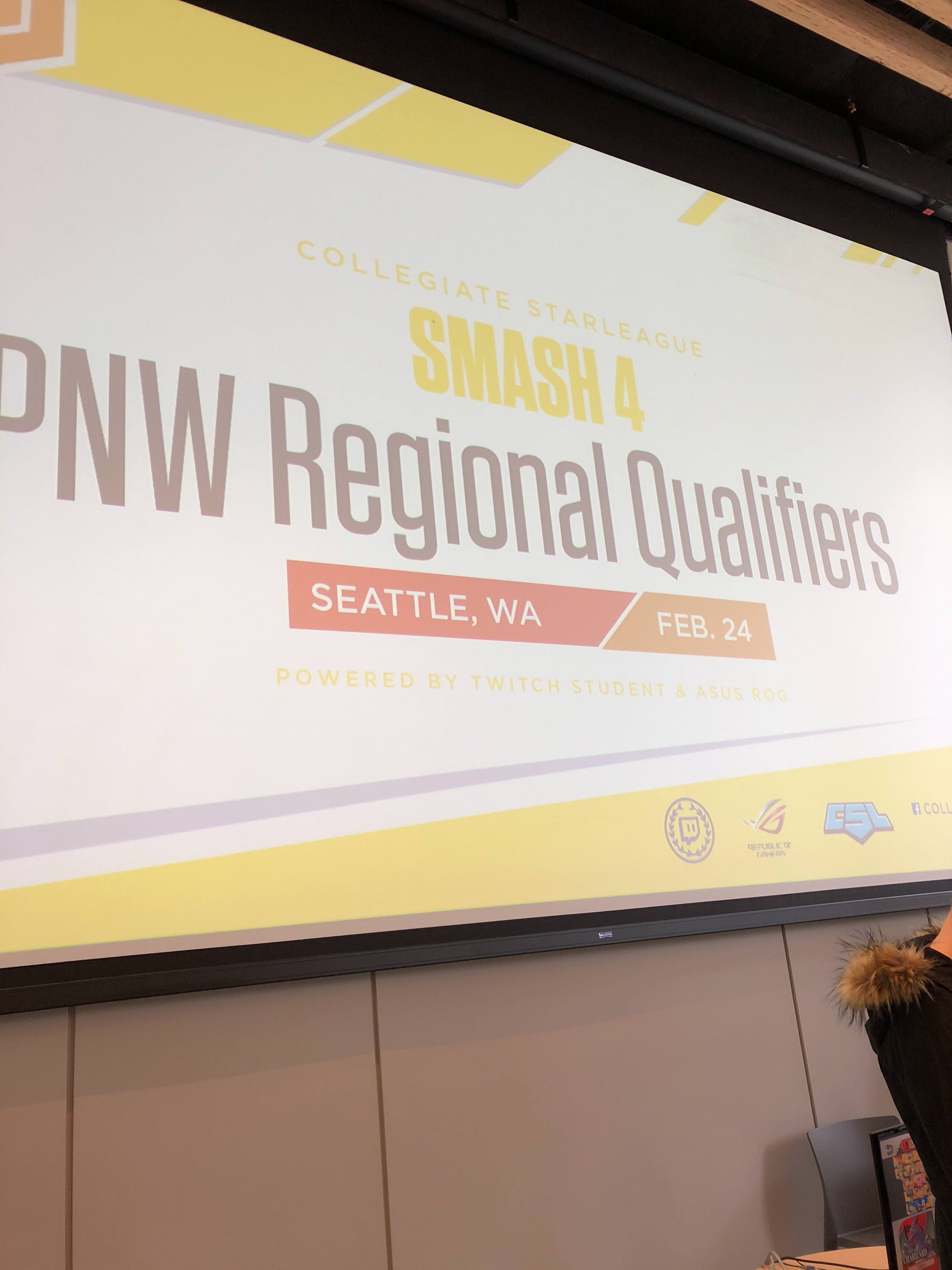 Bellevue College dominated the entire event, both in crew battles and the singles bracket. Their closest standoff was with UBC in winners finals, but they still won by a four stock margin. This upset is particularly notable since UBC has one of the strongest esports programs in North America, but a small college from Washington was able to snuff them out. After UBC clutched out losers finals against Seattle University, they fell once more to Bellevue in grands--this time by five stocks instead. Their powerhouse players PocketSand and Amrit took home a collective 90% of the singles prize pool, with Seattle University’s Edav rounding out the top three.

Telling a much different story than Melee, the University of Washington branches cleaned house in Smash 4. UW-Seattle, the hosts of the tournament, looked absolutely unstoppable in both formats. Although the crew battle format often lends itself to upsets based on team composition and counterpick strategy over individual skill, any team with a playerbase capable of claiming all three top singles spots is almost certain to win. Their captain Gyromight, also our tournament organizer for this weekend, closed out a set against University of the Fraser Valley with a disgusting up throw kamikaze. UBC almost prevented an all-UW winners finals, but UWB’s anchor J^2 (Greninja) clutched out a last stock win against AIMD (Fox).

We’ll be seeing a lot more of Washington at the western divisional finals! 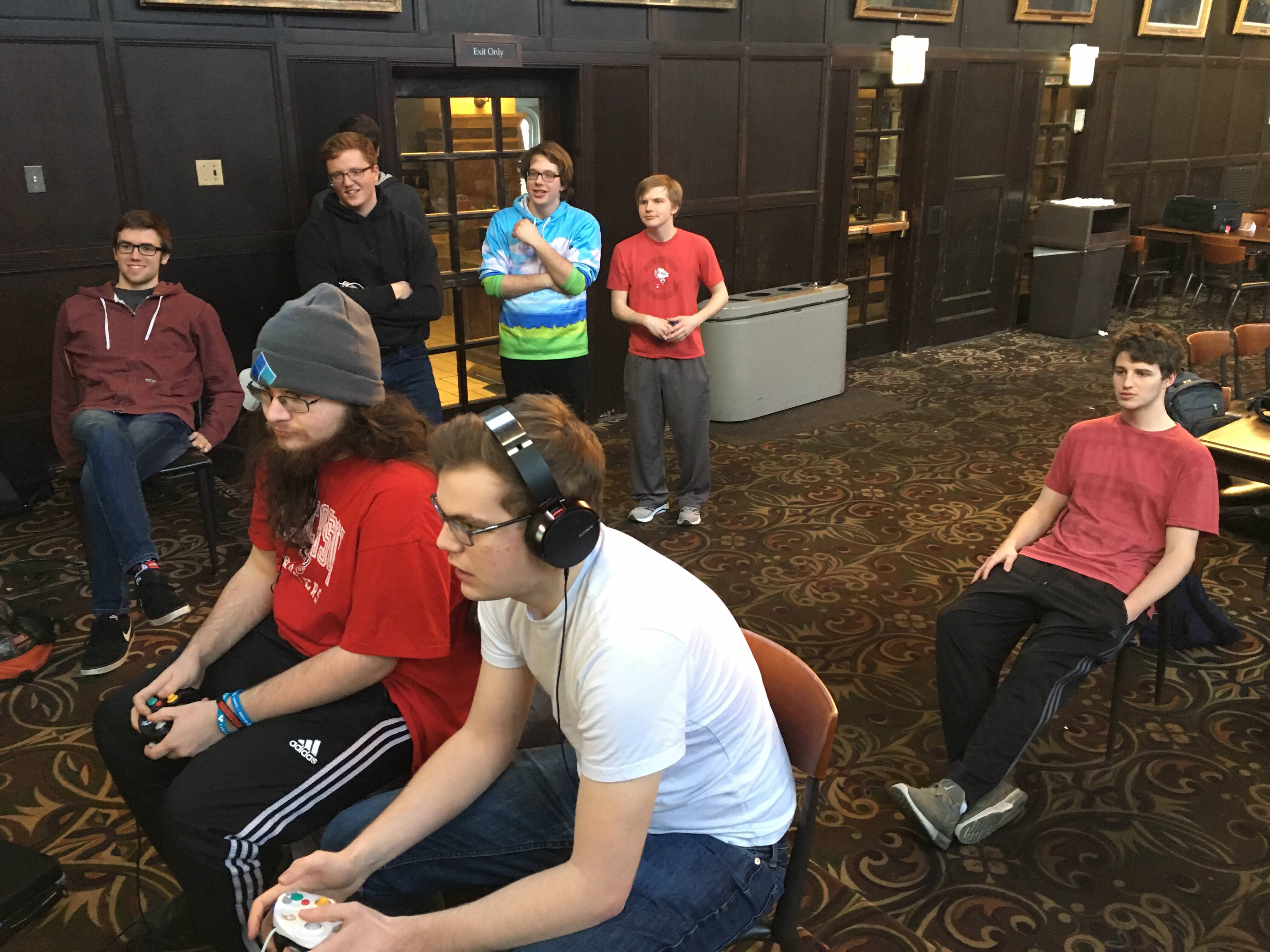 For more images from the Midwest Regional, head over to Imgur.

UIUC has been making an extremely strong case for the title of best college in the Midwest. After winning the MW-East local qualifier, they went on to place first this past weekend and pushed two players into the top three of singles. Despite this, lone wolf Q? from IIT (who didn’t have a team) defeated Shabo (Fox), UIUC’s best player and the first seed of the tournament, in the second round of singles. In a bout of friendly fire, fellow UIUC player Blendtec knocked Shabo out in losers, leaving him with a very unexpected 7th place.

Going into the tournament at eighth seed, nobody expected Q? to make it so far--but despite the odds, he made it all the way to grand finals, even taking a set off of FoxCapacitor before falling 3-1 in the second set, truly a test of endurance. Dr. Mario is a character often seen on the fringes of viability, but it’s comforting to see skilled players still trying to push his metagame forward.

OSU has long been one of the best colleges to attend if you’re into esports, and these results speak for themselves. Sending a slew of Ohio’s power ranked players to Chicago, they certainly lived up to their first seed expectations. Madison’s team was also nuts, sporting WI’s best player, Marshall (Diddy Kong), and the consistently power ranked Parappa (Bowser Jr.). Marshall was the top seed in Smash 4 singles as well, but following the trend set by Melee, he also failed to get top 3. Karinole squeezed out a 2-1 win over him in winners semis, and then he was gatekept by OSU’s Gram in losers semifinals where he lost 2-0 in Diddy Kong dittos. Gram also defeated Parappa in losers quarters to get there, showing rapid improvement over the past few months.

There are no regionals this weekend, but the eighth and final one will be next Saturday (March 10th) at Georgia Tech to close out this round of the circuit. Make sure to tune in to track the progress of your friends and classmates!