Gaming has been connecting passionate like-minded people together since long before the time of instant communication and community. As gaming develops further, so do the tools players can use to connect with each other. The City University of New York - Hunter College is the home to a battle hardened League of Legends team who are moving onto the College LoL playoffs this season, but also the headquarters for the Esports and Game Design Collective. 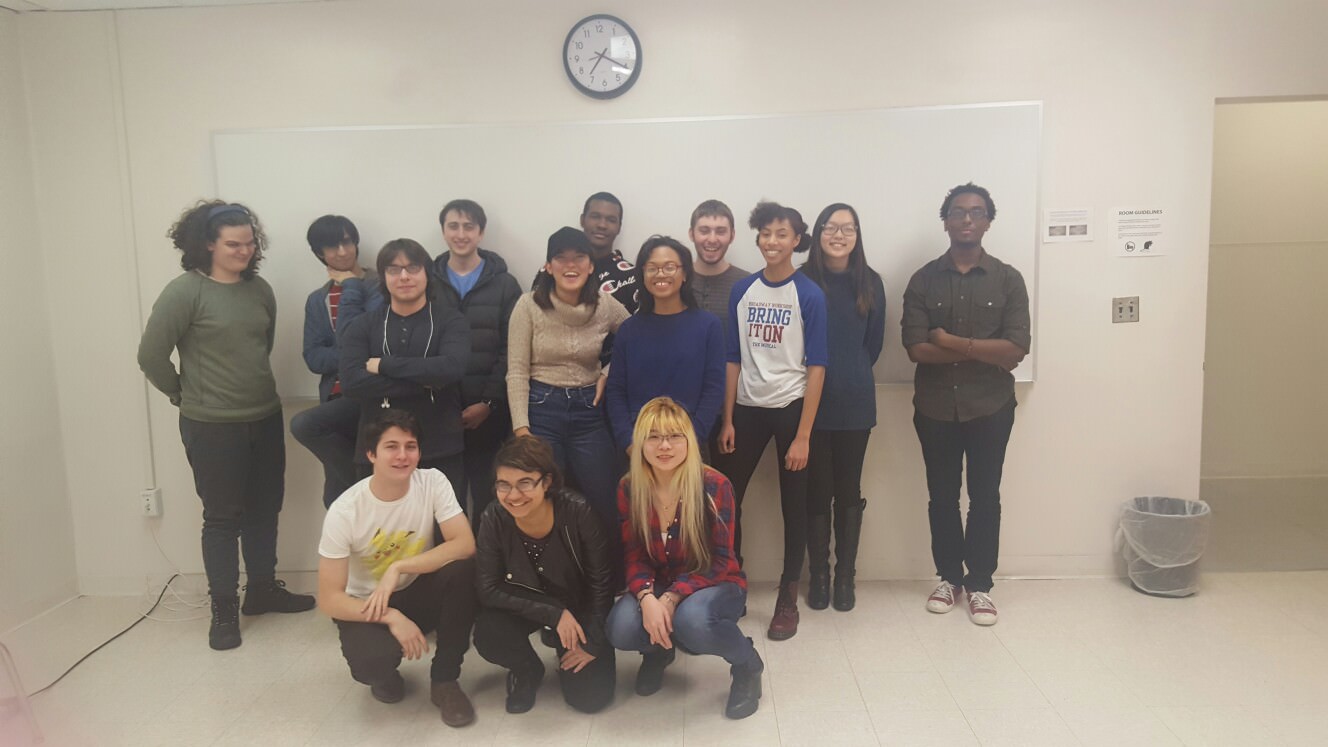 The CSL had the privilege of getting together with Kyra “theflyingelf” Wills-Umdenstock, president of the Hunter EGDC, and two of her officers to learn more about how the gaming community at the City University of New York - Hunter College is is working together to create “a space where gamers of all kind can get together and share what they know." 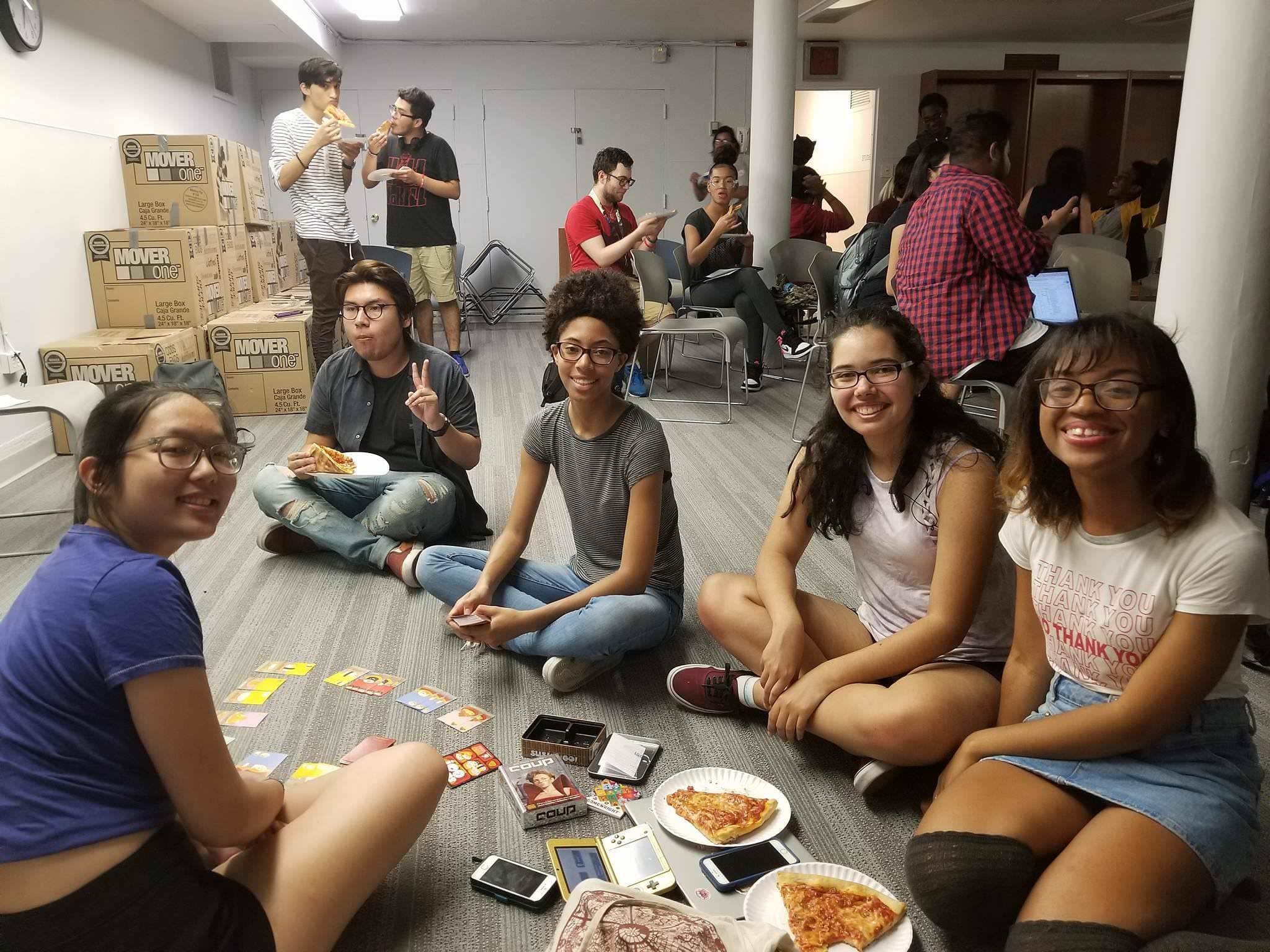 An academic club in Nature, connecting students from different departments and majors that have like-minded career interests in the field of game design and development. We offer peer academic advising to interested students on studying game design, and hold events and workshops open to the wider Hunter community- functioning as a space for students who are gamers to learn how their favorite games are made, let them better understand the mechanics behind said games, and for them to have the opportunity to interact with student designers.
-Kyra Wills-Umdenstock

Open to video gamers, traditional gamers, game designers, and anyone who is looking to network with passionate peers, the foundation of the Hunter EGDC is to welcome everyone to the community they have fostered. Over 200 students have joined the Hunter EGDC, and the community continues to welcome more players. Nathan “Nathan Gilwit” Gilwit, Melee Coordinator, is adamant that “the best resource is the members, by far.” On Fridays, You can find Gilwit stationed as liaison at the community get together, helping new and curious members find something they are interested, but often Gilwit does not even need to support someone as a player 2:

Wills-Umdenstock: Because The community that we created is very open. No one will be left out. People are welcomed the moment the step through the door  and most new members come back. 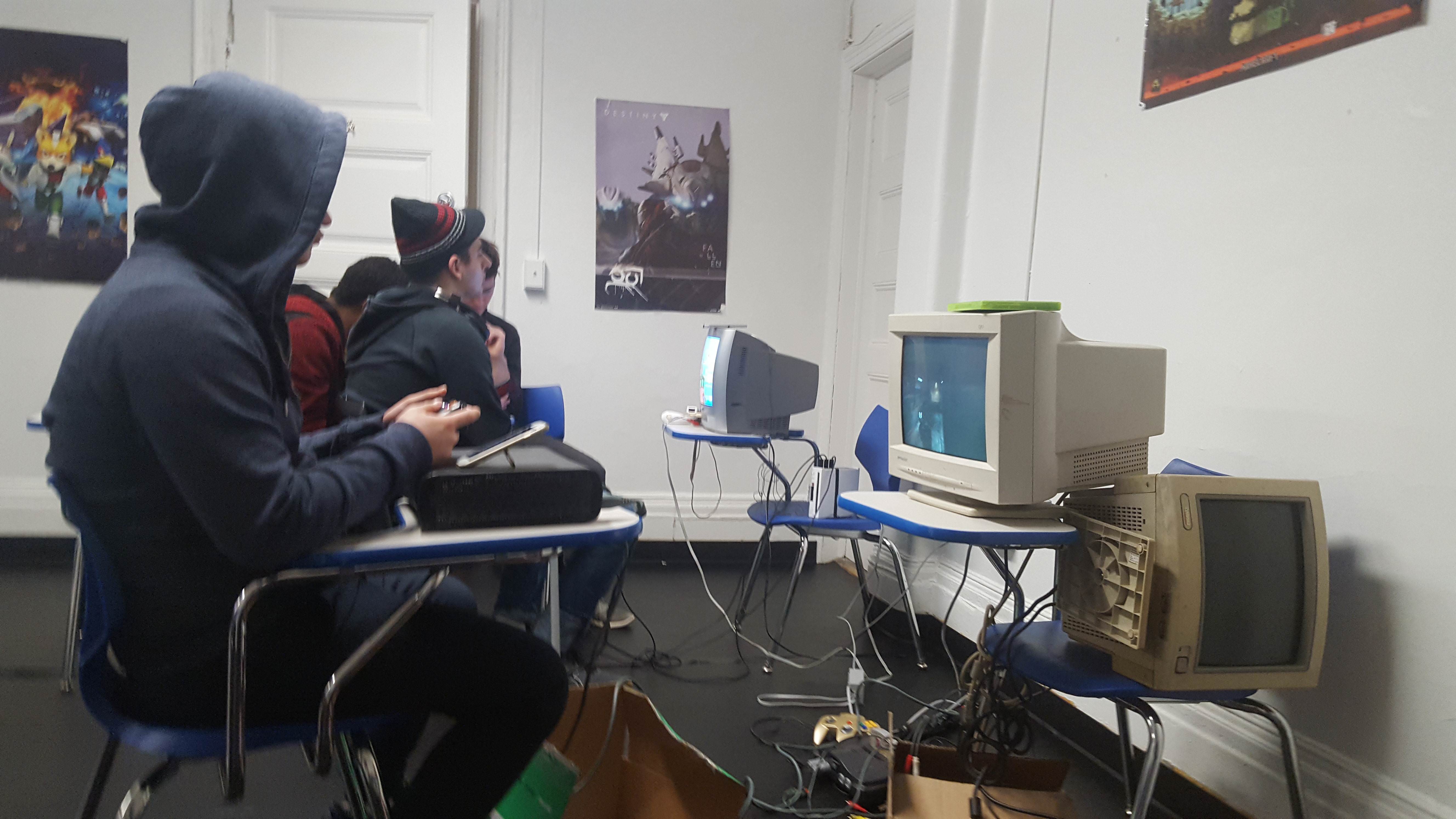 Sharing the same obstacles as many other clubs, getting funding can be as difficult as slaying a dragon. Wills-Umdenstock’s community operates on “only 2 dollars a month,” but has received overwhelming support from content members of the collective. The community is “on very good terms with the Fighting Game Association” and has “a large overlap of members” who come to meetings and take part in the community meetups. The Hunter FGA has helped the Hunter EGDC overcome roadblocks that it faced with school administration and has even donated “old CRT monitors that fighting game players love.” In addition to help from other organizations, the members of the collective have no problem giving back to theircommunity. It is not uncommon for members to donate old games and hardware to be raffled away at events, and some members will even return from conventions with souvenirs bought with the purpose of donating to the club. Wills-Umdenstock has no problem putting her time and effort into the community she has made, and the community returns the favour, giving back what they can. 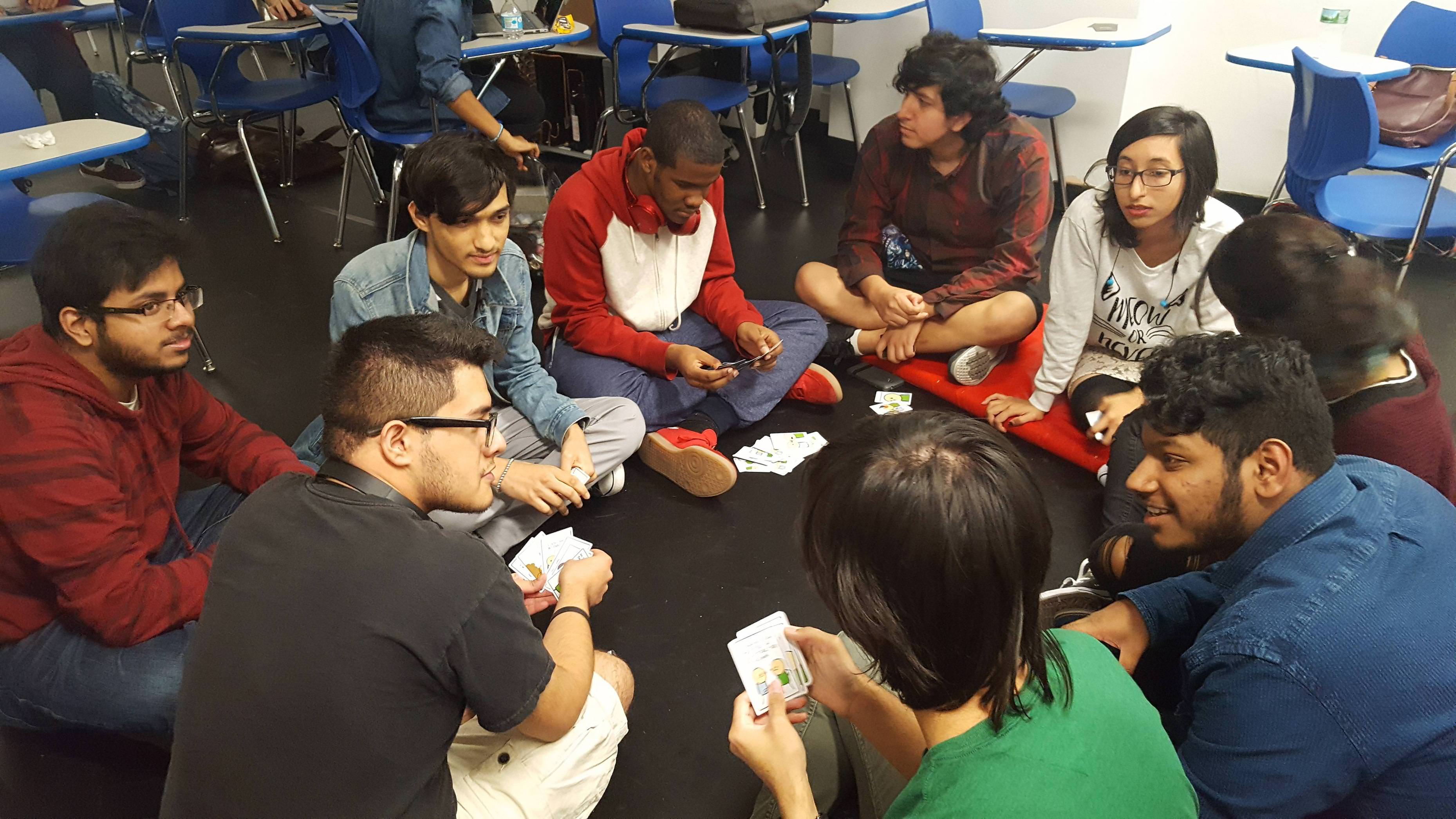 As a student and teacher, Wills-Umdenstock has noticed that “it is very difficult to network outside your major.” The Hunter EGDC is inclusive to everyone, and therefore is offered its members different perspectives from many fiends and varying levels of experience. In addition to gaming, which has allowed Gilwit to “learn a new board game each week,” and the Dungeons & Dragons officer to introduce many of the members to the classic and complicated role playing game, Wills-Umdenstock teams up with members of the community to hold workshops on game design. 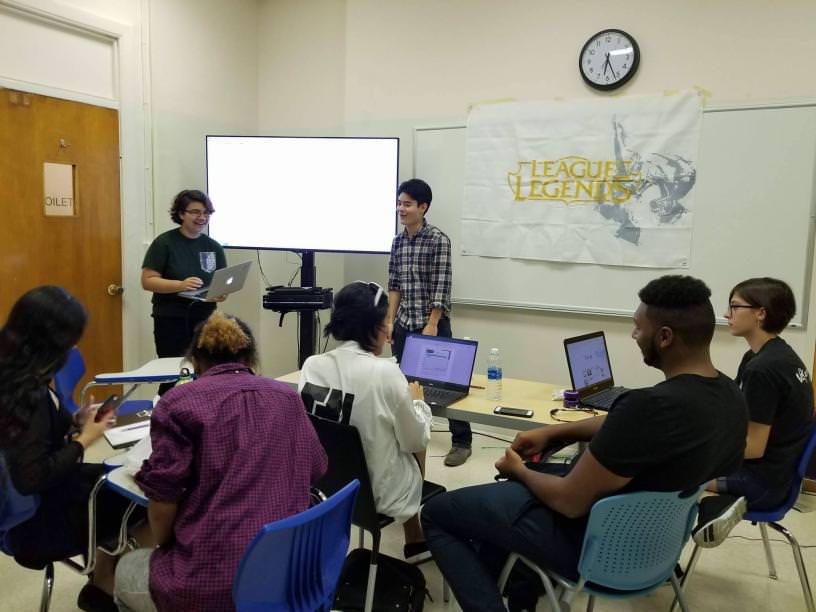 The connection between the members is not exclusive to learning a new game, the Hunter EGDC also connects its members by teaching them how games work and how to create their own. Networking is emphasized is many of the aspects of the collective, and can be easily observed in the workshops Wills-Umdenstock hosts. Wills-Umdenstock’s job is teach to teach game design to children, so she has no problem expanding that to eager students in the club. The workshops “are small, so it’s easy to go around and help each person.” Gamers and game designers alike become acquainted and can offer their expertise to each other, fostering an inclusive learning environment and embodying the strong community the collective has created. Wills-Umdenstock noted that “it is common to see students in attendance team up and help each other without being asked to do so.” 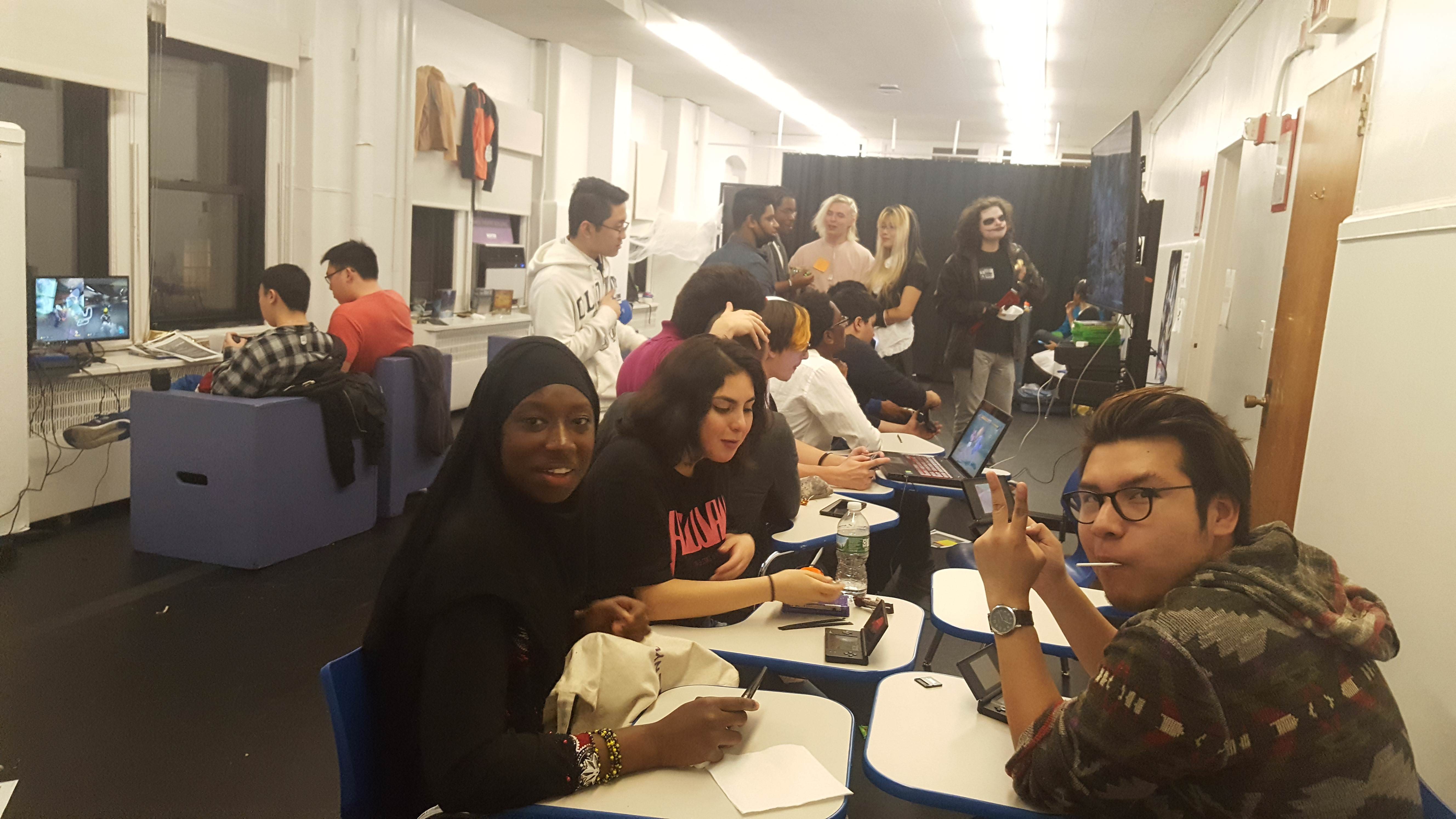 Like many gamers, communication is handled online. The club uses Discord and Facebook for the majority of its announcements and welcomes anyone to join the online community. Huimin “xReimi” Zhuo, the League of Legends Coordinator offered her Twitch Channel to the club, but their quickly expanding community has lead the collective to create an official Twitch channel.

The growing scale and tight-knit community allows for the collective to learn and expand together. Competition is at the core of gaming, and the resources the collective has allows for them to host tournaments. League of Legends is one of the most popular games in the club, so it is no surprise that there is a demand for tournaments within the collective. The first tournament that Zhuo helped run, she “was kind of really confused of what [she] wanted to do and how [she] wanted to carry it out.” But now, after collaborating with players and coordinators as well as mastering the resources she has, all she has to do is let people know about a tournament and, “especially with League, people will just sign themselves up.” Zhuo has no problem recruiting officers and coordinators to help her run the tournaments, but she can often rely on the players. Because of the responsibility, interest and maturity that the collective has demonstrated, Zhou will be giving more responsibility to the players to record matches and maintain schedules in the future. 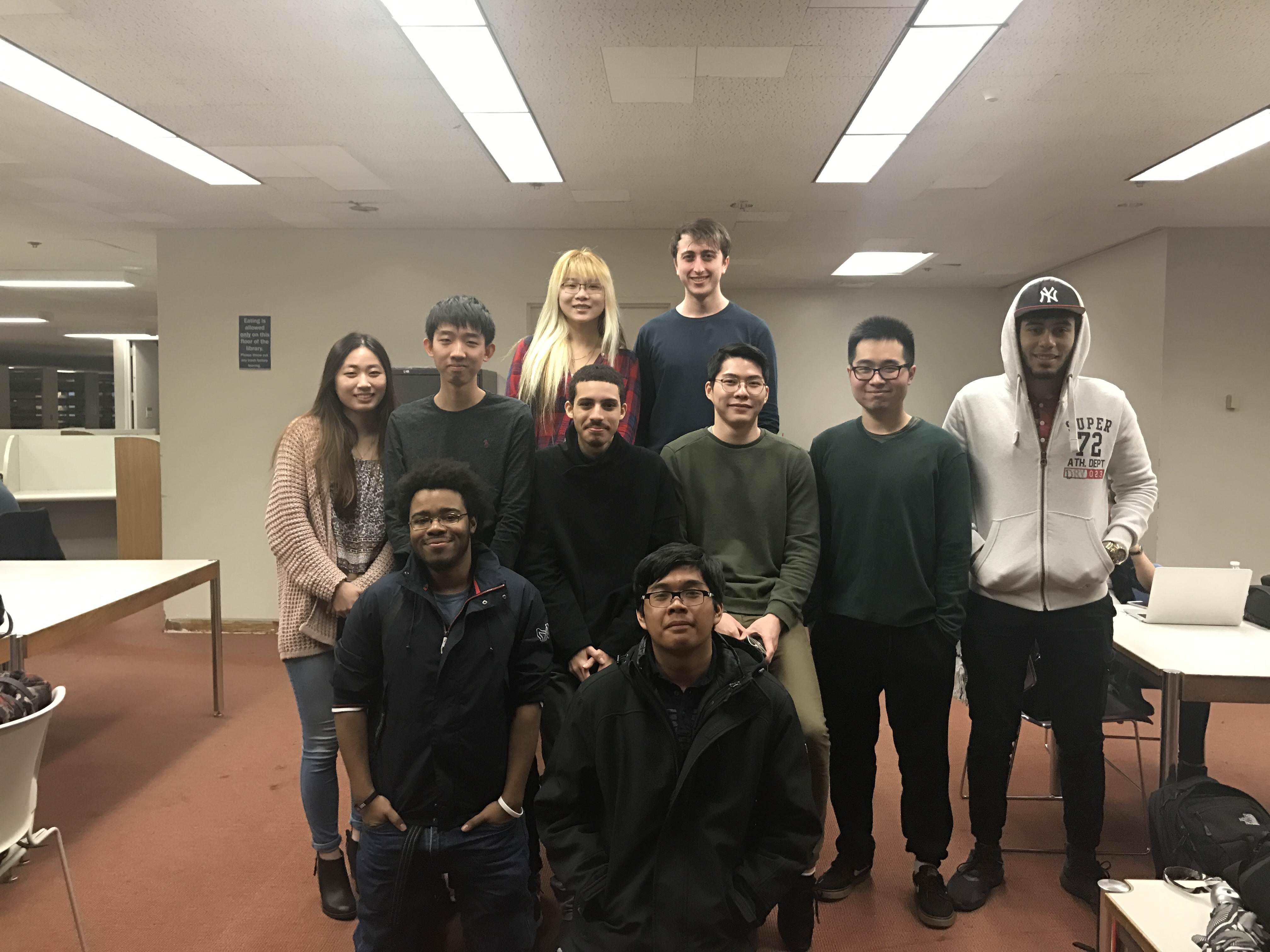 The City University of New York - Hunter College has proven themselves in League of Legends, and we will be watching and cheering them on in playoffs! In addition to their ability to bring ownage to their opponents in games, they are able to bring gamers together outside of their niche. The Hunter EGDC has managed to get gamers out of their lairs and meet up in person, a fear that not many organizations can accomplish. The collective welcomes gamers, regardless of if they are a student on campus, and at the rate the community is growing, it should not be surprising if similar organizations start popping up on campuses across the country!